I find it quite ironic that negative patient accounts of their experience with psychiatry and medication—because it’s considered anecdotal evidence—is often dismissed completely.

Frequently, positive accounts or success stories are advertised by mental health advocacy groups or the media. I don’t believe it’s a good example of the “scientific method” when positive anecdotal reports far outweigh negative ones.

It’s especially ironic when one considers that the basis of the psychiatric relationship with a patient primarily consists of anecdotal evidence: a patient (whose mental and emotional state may be subtly or significantly impaired due to the nature of their symptoms or medication) reports their symptoms to the psychiatrist, relates changes and attempts to convey any side effects they’ve experienced since their last visit. Based solely on that information, the doctor decides on medication changes.

There is no blood or brain test in the majority of cases to determine any type of biological cause of symptoms presented by the patient. If the patient has been on medication and reports a worsening of their symptoms, the psychiatrist adjusts the medication in the hopes that it will be more effective. It’s universally accepted that psychiatric medications act on people differently, and it’s extremely rare (if ever) that the effects (negative or positive) can be predicted.

From the patient’s or the psychiatrist’s point-of-view, it’s virtually impossible to prove whether a medication has contributed to the worsening of symptoms. But what usually happens is that the psychiatrist will increase the medication, and/or add a different medication (and sometimes more than one) during a single session.

As for the therapist-patient relationship, again, most information is anecdotal. For example, if a patient relates the details of a disagreement they had with a friend, family member, or partner, due to human nature and the potential fallibility of human perception, the account may be skewed (either a little or a lot). As a result, the advice from the therapist (if applicable) or the course of treatment will be based on unreliable data.

When I think back to high school science, I recall that one of the first steps in gaining facts is observation; from there, form a hypothesis, then a theory. If the theory can be proven consistently, it becomes fact. Because of the lack of scientific data in post-clinical trial use of medications, and because there’s no scientific method for knowing with absolute certainty how a patient’s condition is being affected by medication, I think it would be wise to observe both negative and positive accounts. It seems to me that independent, scientifically-controlled studies to more accurately measure the benefits versus risks of psychiatric medication are absolutely warranted.

So why is it I can find papers on this very topic? it does not make sense that such a dangerous and well established field, with competition and oversight, would let that much evidence just slip by.

Hi @lausten, I’m not exactly sure what you’re asking, but maybe I can offer some answers anyway, lol.

Basically the science has been corrupted. Some information in medical journals has been proved to be untrue. Even clinical trial data was altered, or the results skewed toward positive outcomes. In one example I read, a patient who suffered a severe adverse event in a clinical was removed and replaced with a different person. The new person was assigned the same number.

That’s been pretty well-written about it in this book:

Side Effects: A Prosecutor, a Whistleblower, and A Bestselling Antidepressant on Trial

(Other books, too, but I’ve already posted those in other threads)

The links here are pretty self-explanatory. I’m confident you’ll find most of them reasonably credible: 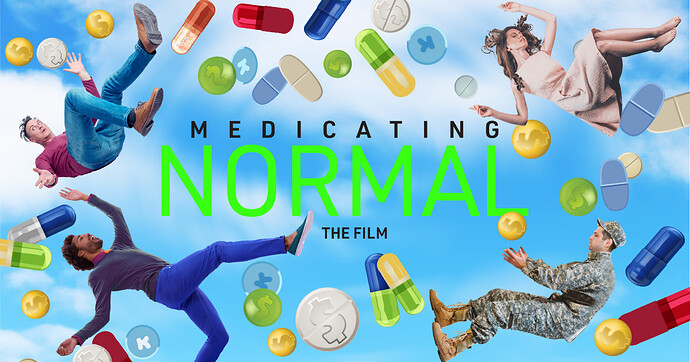 The research on this page points to the corruption of psychiatry as influenced by the pharmaceutical industry. The findings are disturbing. Learn more!

It sounds a bit like a crazy conspiracy theory, but it seems to me a lot of the information about how the science was corrupted has been made public by journalists, people from the scientific community, or doctors; the updated info just isn’t well-advertised, so many consumers simply aren’t aware of it. And for some reason (as you put it… (“doesn’t make sense”), there’s been little change in the mental health care system because of it. My first guess is that because it’s not widely known, there aren’t adequate incentives for the system to change itself.

[…]
“I am calling on States to move away from traditional practices and thinking, and enable a long overdue shift to a rights-based approach. The status quo is simply unacceptable.”

He added: “Mental health policies and services are in crisis - not a crisis of chemical imbalances, but of power imbalances. We need bold political commitments, urgent policy responses and immediate remedial action.”

Mr. Pūras said there was a “grossly unmet” need for rights-based care and support. Progress was being hindered by huge power imbalances in the systems currently used in policymaking, service provision, medical education and research. Other major obstacles included the dominance of the biomedical model, with its overdependence on medication, and the “biased” use of evidence, which was contaminating knowledge about mental health.
[…]

If I didn’t answer your question, could you please rephrase it? Or were you wanting to get someone else’s opinion at this point? lol

My first guess is that because it’s not widely known, there aren’t adequate incentives for the system to change itself.

I should correct myself a bit here. Some good changes have come about.

GlaxoSmithKline to publish clinical trials after US lawsuit

are two examples that come to mind.

there’s been little change in the mental health care system because of it.

Far be it for me to defend pharmaceutical companies. Alison Bass looks like a good source. OTOH I know of a lot of bad science on this topic. If we know about it, that’s a sign that the methods are functioning, although they can be behind the curve, and leave destruction in their wake.

but it seems to me a lot of the information about how the science was corrupted has been made public by journalists, people from the scientific community, or doctors; the updated info just isn’t well-advertised

I found this old link in my bookmarks

Serotonin: How Psychiatry Got Over Its “High School Crush”

I should correct myself a bit here. Some good changes have come about.

No you were right the first time. While we do have meds that help with depression and bipolar and Schizophrenia, the treatment of mental health patients hasn’t changed much. For example, I did my thesis paper on ECT. They tell patients it doesn’t cause damage to their brains, but that isn’t true, and yes, they’ve gone back to using it when meds don’t work. Some people who have had it within the last several years have suffered permanent memory loss. They tell the patient it’s temporary, but after many years they still have memory loss. They sometimes have difficulty short term memory in general. Yet they still push ECT. I could continue, even tell you about my time working on the adult ward, but my point is, it’s not that good and the changes not that great. 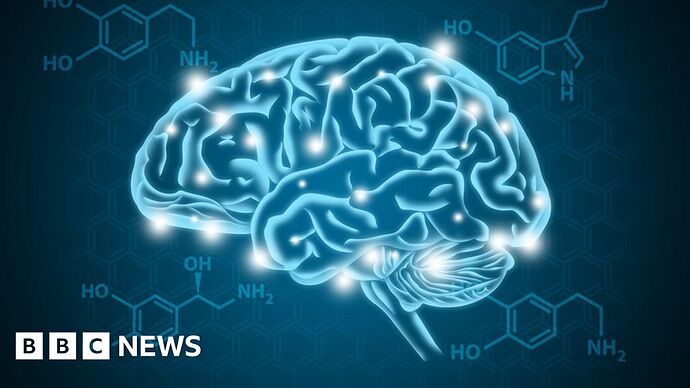 Did we all believe a myth about depression?

A study some claim debunks antidepressants has gone viral. Was it read wrong?

Coincidentally, in the September/October issue of the Skeptical Inquirer
an article (much better than mine) by Charles G.M. Paxton was published, titled “Are Skeptics Wrong about the Value of Anecdotes”.

In the same issue, there’s an article titled “How to Sell Pseudoscience” by Melanie Trecek-King.

I found it amusing that many of the “ways” mentioned were methods employed by pharmaceutical companies advertising psychiatric medication, and of course more apparently, Oxycontin (I learned recently that after FDA approval, Oxycontin was marketed as being less than 1% addictive to patients taking it as prescribed).

Some of the ways mentioned in the SI article:

I guess I don’t need to add many more links to support my opinions (I already posted a few above). I did find this interesting one a few days ago when corresponding with @mriana:

Risky Drugs: Why The FDA Cannot Be Trusted

by Donald W. Light A forthcoming article for the special issue of the Journal of Law, Medicine and Ethics (JLME), edited by Marc Rodwin and supported by the Edmond J. Safra Center for Ethics, presents evidence that about 90 percent of all new...