It’s just one more Trump violation on top of those that seem to occur almost daily. But no one that I have heard has seemed to understand that Trump abused his power as CEO to undermine power in the legislative branch of govt, when he used his status as POTUS to get Nitwityahoo to have Israel ban 2 members of the House of Representatives from visiting Israel. (and he did it for political purposes)

Another indication of the normalization of totally UnAmerican activity.

Man has the power to change nature. Unfortunately we do not have the wisdom to refrain from using that power when there are no immediate adverse consequences.

The current rainforest fires in the Amazon are a dire warning of the peril that is facing the earth.

The rain forests (the CO2 scrubbers) are on fire and will reintroduce millions of tons of CO2 back into the atmosphere, plus the removal of trees reduces the forest’s ability to remove CO2 from the air. A double whammy and a definitive sign that we are in the midst of the sixth extinction period.

This epoch has already been named The Holocene Extinction epoch.

The Holocene extinction, otherwise referred to as the sixth mass extinction or Anthropocene extinction, is an ongoing extinction event of species during the present Holocene epochas a result of human activity. This large number of extinctions spans numerous families of plants and animals, including mammals, birds, amphibians, reptiles and arthropods. With widespread degradation of highly biodiverse habitats such as coral reefs and rainforests, as well as other areas, the vast majority of these extinctions are thought to be undocumented, as the species are undiscovered at the time of their extinction, or no one has yet discovered their extinction. The current rate of extinction of species is estimated at 100 to 1,000 times higher than natural background rates

The rain forests (the CO2 scrubbers)

Not only that, they have been a significant anchor for the Amazon's and World's hydrological cycle - working in concert with the mass of glaciers along the Andes. Well what ice is left and going fast

Rivers in the Sky: How Deforestation Is Affecting Global Water Cycles A growing body of evidence indicates that the continuing destruction of tropical forests is disrupting the movement of water in the atmosphere, causing major shifts in precipitation that could lead to drought in key agricultural areas in China, India, and the U.S. Midwest.

Farewell friends. It has been nice knowing you.

We old geezers are the lucky one's, we're going to miss the real shit show and we have the memory of the best of times. What's more challenging is spending time with a beautiful little growing bundle of miracles and realizing what the future will hold for him. Actually you can't think about it much. This is where the human ability to compartmentalize and 'deny' or at least disregard is a life saver. Though occasionally it sneaks up and thumps me on the head and I find tears running down my cheeks.

But hey life is one day at a time and then we die. We have today and that is for living. In fact, two days ago it was time - I pulled on my tie dyed T-shirt and introduced the lil guy to Hippy Music and a little dancing - he enjoyed it more that the football games I’m sure of it. We can still have our moments of shear joy, even in the shadow of death. Though it does take a strong constitution. 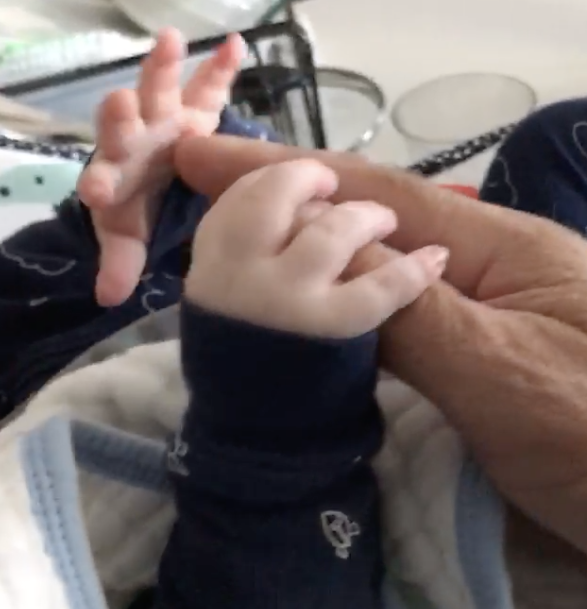