When the taps runs dry. What will the morning after look like?

We all know that I’m fairly disgusted with the juvenile delinquent mentality of most of today’s political and business leaders, on all sides. Spoiled brats, so out of touch with down-to-Earth reality, it’s pathetic. But, that’s not what this post is about.

This is more about the aftermath of what’s barreling down at us.

While many will disagree, (with the help of ignoring facts and dishonesty), the evidence makes very clear that our modern global web, the infrastructure of globalism, the thing that supplies our stores,
the farming infrastructure that feeds our bellies,
the clean water infrastructure - resources that hydrate our bodies and grow our food and produce our energy, etc, etc,

They are all talking hits left and right.

In “my” Colorado River basin, the snow packs, the river run off, the reservoirs, all running horrifically low. We are at the mercy of weather. A few good storms will save us another season, but the trend.
Then, conversely, in California, when the big storms, the atmospheric rivers hit, only to dump on the mountains like never before (remember our atmosphere is holding more water, with every temp increase, torrential rains are our future.).

This same story is going on all over. It seem pretty inevitable that cracks and collapse will happen. Image then on top of all the rest the San Diego container port being ravaged by storm and flood, and knocked out of commission, then what?

My point is, doesn’t it seem to you that we are at the threshold of some life changing catastrophes like never before in modern history? Heck never before in any human history because the weather is going to keep getting warmer and stormier.

So most of us die, I’m old and okay with that. When I look at my 30s daughter clinging to dreams while somewhat aware, or the babies just entering this mess, it’s different.

Getting through the coming waves of destruction and horrors, will require luck to begin with, but after that, it will require a pioneering fortitude that no one possesses these days.

Not to worry, conditions have a way of making the ones, with the right stuff, learn damned fast. They just need to be in one of the locations where they’ll be able to learn to live off local resources again. Of course, with some modern marvels and today’s scientific understandings, who knows what possibilities/potentials will be realized.

What will it take for those humans to have the right stuff?

And I reckon what all this has been leading too, the big question:

How much does spiritual solidity and a sense of place in the universe, have to do with a human having the right stuff to make it through the worst of times?

How much does spiritual solidity and a sense of place in the universe, have to do with a human having the right stuff to make it through the worst of times?

Ughhhhhhhh…, half the world may have leprosy, but no one is going to make me wear a mask! My goal is to become a zombie and no one is gonna stop me.
I want my freedom!!!

In a zombie apocalypse, will the government have your back?

Ministry of Defence will refuse to take charge, but councils have at least considered the standard issue equipment needed for an attack of the undead

image930×558 39.4 KB
If the zombie pandemic is classed as a catastrophic emergency, David Cameron, or the prime minister at the time, would lead the national response. Photograph: Krista Kennell/Zuma Press/Corbis

It pays to be prepared. In the event of a nuclear apocalypse, there’s little you can do aside from panic – and indulge in a little futile wailing. Were we to wake to a zombie pandemic however, most people have a rough idea of how to fend for themselves. Bunkers, basements, gated communities and high rise buildings could offer shelter for those not sold on the idea of fighting, or you could just barricade yourself into your local pub. 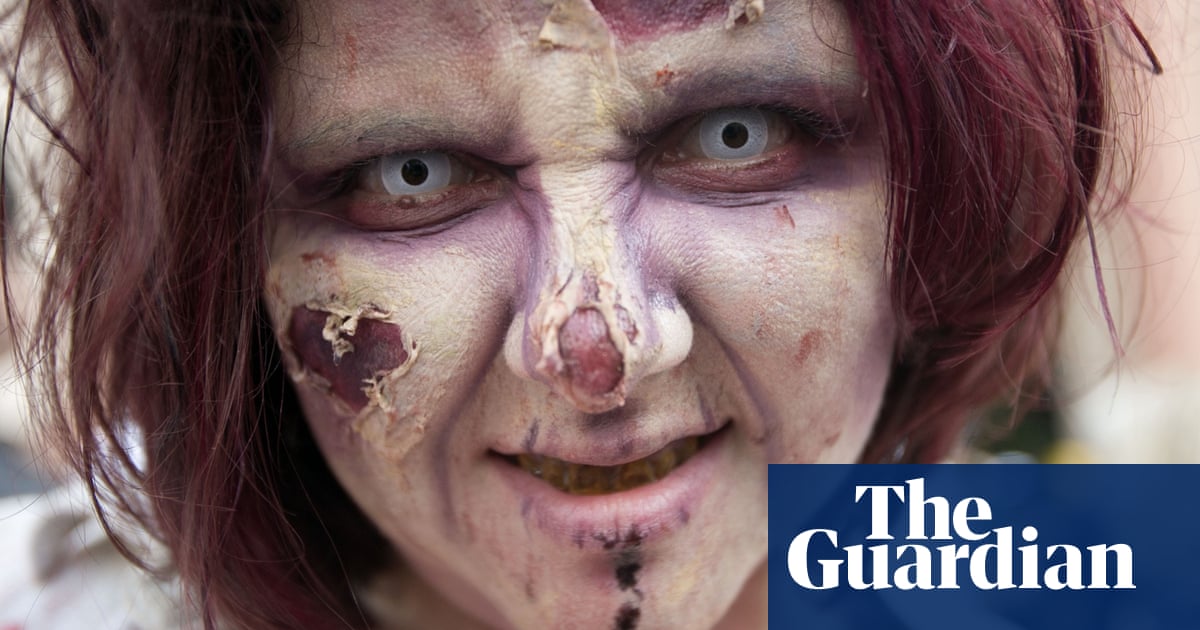 In a zombie apocalypse, will the government have your back?

Ministry of Defence will refuse to take charge, but councils have at least considered the standard issue equipment needed for an attack of the undead

Oh yeah, there’s just laughing at ourselves as we watch ourselves going over the cliff.

Humans are so grand and so ultimately pathetic.

I think I’d rather see a major event, like CME, asteroid storm, or maybe even Captain Trips (super flu from The Stand - only took a few months) to get it (de-population) over with quickly. - That’s ultimately where we’re headed if nothing changes, whether it’s 3, 50 or 150 years.

Then anyone left will realize WTF and need to work together to survive and regrow.

I learned a few things from “12/21/2012” research about how to be prepared. I’m not into anything outrageous. But when you live in the 'burbs with stable utilities, you seldom think about “what if”
We even missed the Great East Coast Blackout of (?) 2003, literally by a few miles - even though the root cause was probably within 50 miles of here.

I imagine there might we a few survivalist communities out there across the globe, that are already thinking of all the angles and working on becoming truly self-sufficient. Although for them, again location, location, location - and the luck of draw on the new Anthropogenic Driven Global Catastrophe Roulette game. (ADGCR)

And it surely won’t be like the movies, everything unfolding over the course of a few weeks and years, it’ll just keep chipping away, bigger bits and bigger bits. But, there are those tipping points.

Ever sit on the far end of a long railroad track straighter way, waiting for the train. Seems like it takes forever for that train to get close, oh but the moment it does get close, it zips on by breathtakingly fast.

I’m a tad terrified it’s closer to 3 then 50, been dosing up on fatalism and getting ever deeper into the evolution and the Earth Centrism, along with the comfort of knowing we all have but one life to lose. You have no idea how badly I wish for my fears to be exaggerated. 150 years sounds fantastic, that would mean we people will have learned some important lessons. How cool would that be!?

That would be the breakdown of the various global and national infrastructures, that humanity has learned to depend on, in this modern gluttonous era.

Most of us will not be able to survive that, but some will, and those survivors will be a different breed of human, forged in the fires of the hell we’re creating for ourselves.