What makes a funny joke

We all know a lot of humor is based on tragedy or on an absurd premise.
We also use “misdirection” to startle the listener with an completely unexpected but true answer.
Some of the best jokes are open ended, where the listener completes the punch line himself.
I invite readers to find a favorite example of a specific technique in a joke. Might be fun.
I recently heard that Mr. Magoo never watched any of his own movies. I wonder why?

Does not exactly fulfills the requirement, but i did not want to open a new thread.

“The man who’s scared of plants”.

Actually there’s a specific formula for determining how funny a joke is:

Pappy Lefort, creator, founder and manager of the Lefort nail company, turns 85. He made the first Lefort nail himself in his workshop and made his company the European leader in nails. His grandchildren who have gone to the best schools find him a bit dated and encourage him to adapt to the new world of advertising and communication. But he thinks that he knows how to sell Lefort nails.

The old man ends up agreeing to a work meeting with a few advertising geeks who talk to him about the core target and the market segment.

After a full hour, he intervenes: "I have thought about it, this is what I propose. A spot with Golgotha, Christ, the Roman soldiers nailing it and as a slogan: “Lefort nails drive in effortlessly!” ". "

The audience is horrified…. The church will howl, the traditionalist Christians will cry blasphemy, etc. … The meeting is adjourned until next month.

Pappy Lefort takes the floor again: "I’ve thought about it, that’s what I want. Golgotha, the two brigands on their cross, in the middle, an empty cross and as a slogan: “With the Lefort nails, he would still be there!” ". "

One of my most favorite skits is Robin Wiiliams ’ “golf”

The dying pope summoned to his bedside the richest banker and a politician living in Rome, asking them to pray at his side. Both men flattered do as asked, then after a while, they ask the pope why them.

He replies: “Christ died between two thieves, and I wanted it to be so for me!”

We all know a lot of humor is based on tragedy …

I think I heard something similar in a stand up skit once. But, in this situation it is a real unfortunate choice of words, and not a joke:

“Cheslie embodied love and served others, whether through her work as an attorney fighting for social justice, as Miss USA and as a host on EXTRA. But most importantly, as a daughter, sister, friend, mentor and colleague – we know her impact will live on.”

She jumped off a building to her death.

we know her impact will live on.

It has a macabre touch of humor.

Personally I like a more gentle humor. Victor Borge is one of my all time humorists.

On second thought I a lso really like George Carlin and he was very crude, but very funny. 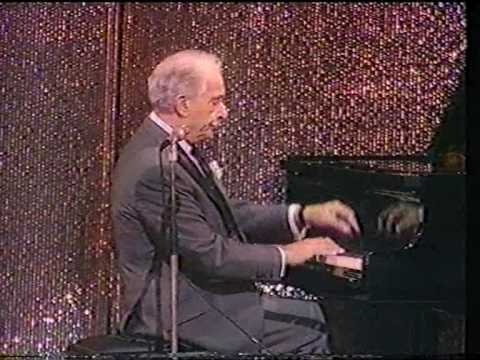 I love it when they bring it home …
“Between the screens” !!

Take the test at home instead of risking taking it in crowded testing centers!

The covid 19 pandemic is spreading again.
As with the masks, you will have to manage to test yourself.

Here is a convenient test to do at home (preferably before the evening meal).
Step 1: Put some rum in a glass and try to smell it
Step 2: If you can smell the rum, drink it and see if you can taste it…
Step 3: If you can smell and taste rum, you can assume you don’t have covid 19.

Last night I took the test 6 times and each time I was negative.

Don’t thank me, I’m doing what I can to make up for the failings of our rulers!!!

At least that’s a little safer, that I can tell in a wider setting than one I read somewhere about using your fingers … in a different way

So I put the following joke on another forum:
Q: What’s worse than finding a worm in your apple?
A: The Holo… (you know the word. in the post I spelled out the entire word)

It was promptly removed and I was told it’s “disgusting”. Am I missing something? First time I heard that I almost wet my pants. But at the time, and never since, did the joke trivialize the thing, was never intended as any kind of negative reflection on Jews, etc. And I imagine a jewish person hearing it would get the humor and see nothing wrong with it. So what gives?

And I imagine a jewish person hearing it would get the humor and see nothing wrong with it. So what gives?

I doubt that. Usually a joke presents a juxtaposition between equal values . I think I understand the direction you wanted to go with that ill advised attempt at humor, but the holocaust is not a good subject for any kind of humor.

No argument can be made that experience of finding a worm in an apple is in any way comparable to the emotional experience of millions of Jews being exterminated .

One might possibly find humor in a juxtaposition of a worm infested apple with a biblical locust plague . At least it cites two insect species as the cause and fruit as the victim. At least that puts things on a more or less equal footing in scope,

The problem is that the holocaust actually happened and is not a figment of the imagination. It is a blight on German history as an example of the inhumanity of man.

In the US we have similar slow healing historical wound in the form of slavery. Now efforts are underway to bury this history so that it’s ok to resume the practice of discrimination.

Listen to this inconceivable bit of racist legislation. It makes me shudder with fear from people so twisted that they could even conceive of such a thing.

Let’s call Missouri Senate Bill 666 what it is: state-approved violence, or the “Make Murder Legal Act,” as Dan Patterson, president of the Missouri Association of Prosecuting Attorneys, calls it.

State Sen. Eric Burlison, a Republican lawmaker from near Springfield, wants to give qualified immunity to suspected murderers.

Here’s his proposed law: “A person who uses or threatens to use force in self-defense is immune from criminal prosecution and civil action for the use of such force, unless such force was used against a law enforcement officer who was acting in the performance of his or her official duties and the person reasonably knew or should have known that the person was a law enforcement officer.”

Burlison believes it is OK for a person to use physical or deadly force by simply fearing for their life — a “presumption of reasonableness,” his bill calls it. The proposed law prohibits police from even detaining those suspected of violence. In effect, killers would be rewarded.

And he’s not the only supporter. The measure has already advanced to the Missouri Senate Transportation and Public Safety Committee.

Can you imagine how dark-skinned Americans must feel about this product written by demons from hell. This is the legacy of Trump’s presidency. Unqualified Horror .

If I were religious, I would call Trump the living incarnation of the anti-Christ.

In Christian eschatology, the Antichrist or anti-Christ refers to people prophesied by the Bible to oppose Jesus Christ and substitute themselves in Christ’s place before the Second Coming .

A French humorist said once, " One can laugh about anything, but not with everyone. "

I have stopped to make jokes implying the religion, the nationality or the race of people, 50 years ago, after having exchanged with a teacher about them, as creating and propagating stereotypes.

It does not prevent me to make and appreciate jokes about religion and religious fanatic.

To joke is a way to fight horror and hurt created by something .

Abstract
Comedy too closely associated to tragedy is a sensitive subject matter, as it can
quickly veer towards the obscene or the scandalous. Nowhere is this more evident than with
events surrounding the Shoah, one of the worst calamity known to modern mankind. Despite
the monstrous atrocities of the slaughter, humour has somehow emerged in certain depictions
of the Holocaust. Literature, for instance, offers up examples of what Michel Tournier terms
“white laughter”, the sort of laughter arising from a clear-eyed awareness of the illusions
which rule the absurd world one will henceforth inhabit. In the face of nothingness, white
laughter rises up in protest against despair and thus begins laying the foundation for a new
world. This thesis aims to revisit three works from the literature of the Shoah in terms of their
representation of this deep, sacrilegious laughter in order to assess what good may have come
from it, for its authors as well as for its readers. In the writings of Germaine Tillion, Elie
Wiesel and Romain Gary, this type of gallows humour simultaneously allows a clear-eyed
look at the reality of the Shoah and, ultimately, proves to be one of its saving graces by
preserving the memory of its victims. These authors’ very divergent paths meet at the
crossroads of remembrance and their writings become symbols of resiliency and bravery, as
they facilitate a renewed consideration of the unresolved questions stemming from the human
moral collapse which enabled the very existence of the prison camps.

Now this is a hilarious skit by George Carlin, invoking past religious practices.

As usual it is crude but funneeeeeeeeee! 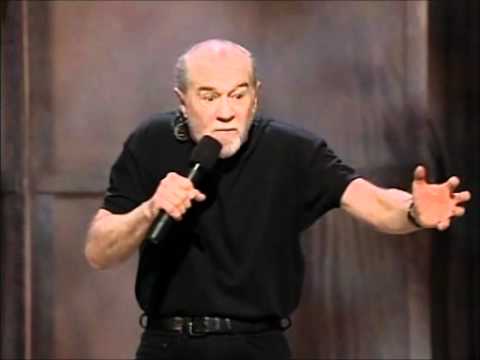 did the joke trivialize the thing, was never intended as any kind of negative reflection on Jews, etc.

An American visited Belfast in the early 1980s. He stayed out too late drinking at the pub and got lost walking back to his hotel. Soon, he was accosted by 4-5 armed guys in masks on a dark street.

“Catholic or Protestant” they asked.

Not missing a beat, the American replied “neither – Jewish.”

The 4-5 guys immediately smiled and said, “We must be the luckiest PLO splinter group in the world tonight!”

Why this link here?

Because Foxnews did not miss an occasion of being ridicule.

And because my internet is dysfunctional and i can’t accede to the specific page.