Trees or photosynthesis and the second law of thermodynamics in evolution

Survival of the fittest as Darwin adopted it in his theory of evolution was an invention of Herbert Spencer. But you might be surprised what Herbert Spencer thought of thermodynamics: “Equilibrium will end evolution! After equilibrium a new evolution may stand up from its ashes, a true Phoenix. The second law of thermodynamics applied to the world says: The energy of the world is constant, and the entropy will maximize till equilibrium ends evolution.” Still the second law of thermodynamics applies to closed systems, while evolution eats from photosynthesis, and evolution represents a decrease of entropy: the gain of molecular complexity in the family line from bacteria to man. Which sheds doubt on all of the work of Herbert Spencer. Only if there is too little chlorophyll, the decrease of entropy in evolution will end. I did convince government of the need to plant trees as to stop the occurrence of equilibrium to earth. ( https://docs.google.com/document/d/1SEvDq_gBGTcvK6b86RjA506vPKc0-ex6IeJ7IEhpg1I/edit?usp=sharing ) Best of wishes Yoram Diamand

The energy of the world is constant, and the entropy will maximize till equilibrium ends evolution.”

What world? The Universe as a while? Our Solar System? Our Earth?

Which sheds doubt on all of the work of Herbert Spencer

Okay, that's fair enough. He lived long ago, he had his ideas which he could argue for with vigor. Many cherry-picked what was convenient for their own ideas, and time marched on. We live and learn, society does the same.

From WIKI: Herbert Spencer (27 April 1820 – 8 December 1903) was an English philosopher, biologist, anthropologist, and sociologist known for his theory of social darwinism throughout contemporary history.[1]

Spencer is best known as the originator of the expression “survival of the fittest”, which he coined in Principles of Biology (1864) after reading Charles Darwin’s On the Origin of Species. The term strongly suggests natural selection, yet Spencer saw evolution as extending into realms of sociology and ethics, so he also supported Lamarckism.[2][3]

Spencer developed an all-embracing conception of evolution as the progressive development of the physical world, biological organisms, the human mind, and human culture and societies. As a polymath, he contributed to a wide range of subjects, including ethics, religion, anthropology, economics, political theory, philosophy, literature, astronomy, biology, sociology, and psychology. …

... the decrease of entropy in evolution will end.

What does that mean?

If you do a little Google surfing, you’ll find a world of information on the topic.

Given the degree of disbelief in the theory of evolution by the wider public, scientists need to develop a collection of clear explanations and metaphors that demonstrate the working of the theory and the flaws in anti-evolutionist arguments. This paper presents tools of this sort for countering the anti-evolutionist claim that evolutionary mechanisms are inconsistent with the second law of thermodynamics. Images are provided to replace the traditional misunderstanding of the law, i.e., “everything always gets more disordered over time,” with a more clear sense of the way in which entropy tends to increase allowing a thermally isolated system access to a greater number of microstates. Accessible explanations are also provided for the ways in which individual organisms are able to minimize entropy and the advantages this conveys.

Much of the debate surrounding the foundations of evolutionary biology is a conversation occurring in the body politic rather than in the scientific community. As such, the means of engaging in this discussion must be carefully tailored to the context. Appeals to scholarly work and the use of technical notions, no matter how precise or empirically well-supported, will prove ineffective. The scientific community, so skilled at working within its own discourse conventions, must also concentrate on how to express these notions clearly to non-technicians. The term “rhetoric” has acquired an unfortunate connotation, but the synonymous phrase “effective communication” may be used for a project the academic community must actively engage in as a part of their place in the division of intellectual labor.

The purpose of this paper is to begin to develop easily accessible explanations, images, and metaphors to assist non-technicians in understanding the workings of the natural world that illustrate the flaws in anti-evolutionary arguments. …

The purpose of this paper is to begin to develop easily accessible explanations, images, and metaphors to assist non-technicians in understanding the workings of the natural world that illustrate the flaws in anti-evolutionary arguments. In this paper, we seek to formulate effective tools for communicating the fallacies contained in the anti-evolution advocates’ argument that speciation by evolution violates the second law of thermodynamics (see, e.g., Morris 1987, 38–64).
Their argument runs like this:

2.These earlier life forms were simpler in having fewer capabilities and less complex systems.

4.The second law of thermodynamics holds that entropy increases; that is, systems over time become more disordered.

5.Therefore, both evolutionary theory and the second law of thermodynamics cannot both be correct.

6.Physics is a more basic or well-established field than biology.

7.Therefore, we ought to prefer the second law of thermodynamics and reject evolutionary theory.

Oh and science marching on while Spencer sinks ever deeper into the geologic column. Here’s some provocative thoughts.

A New Physics Theory of Life An MIT physicist has proposed the provocative idea that life exists because the law of increasing entropy drives matter to acquire lifelike physical properties.

From the standpoint of physics, there is one essential difference between living things and inanimate clumps of carbon atoms: The former tend to be much better at capturing energy from their environment and dissipating that energy as heat. Jeremy England, a 31-year-old assistant professor at the Massachusetts Institute of Technology, has derived a mathematical formula that he believes explains this capacity.

The formula, based on established physics, indicates that when a group of atoms is driven by an external source of energy (like the sun or chemical fuel) and surrounded by a heat bath (like the ocean or atmosphere), it will often gradually restructure itself in order to dissipate increasingly more energy. This could mean that under certain conditions, matter inexorably acquires the key physical attribute associated with life. …

We live and learn, society does the same.

that one can be argued with. Lets call it an ideal

CCv3 said; Then it gets interesting. Happy learning for the honestly curious.

Why faith? When I try to understand the word, I might translate it with trust. Trust that stories on the topic of God made sense. That science without God overlooked something significant. In 1865 Rudolf Clausius stated: “The energy of the world is constant. The entropy of the world urges towards a state of maximized entropy.” Later Willard Gibbs said this system should be described as: “Constant in volume and energy, with a shell that would not change in size nor let through energy in any form. If the entropy within could increase it would, where entropy could never decrease, and as a result entropy would maximize into a dead state equilibrium with maximized entropy.” Applied to the world this is called the heat death of the world and it was the great fear of Herbert Spencer the inventor of survival of the fittest. But it forgets photosynthesis and the food chain that it feeds and the increase of molecular complexity which is compared to the prebiotic soup a decrease of entropy. A decrease of entropy that could never happen in the idea of Gibbs when the idea of Rudolf Clausius would be true. From many molecules in the prebiotic soup, poor in energy, biodiversity is a decrease in number and an increase in energy, with chemical energy between atoms, made from sunlight by photosynthesis. This is the gain of molecular complexity outside the Gibbs/ Clausius/ Spencer idea of Nature. When deserts grow, forest fires burn, woods are logged and the ecosystem in the ocean dies, the decrease of entropy due to photosynthesis ends and spontaneous reactions will erode the chemical energy on earth till entropy maximizes. The decrease of entropy outside the thought of Herbert Spencer I trust to be something special and in that I have faith.

The formula, based on established physics, indicates that when a group of atoms is driven by an external source of energy (like the sun or chemical fuel) and surrounded by a heat bath (like the ocean or atmosphere), it will often gradually restructure itself in order to dissipate increasingly more energy. This could mean that under certain conditions, matter inexorably acquires the key physical attribute associated with life. …

This could lend to the conversation of Self Organizing Systems

Not sure what that jumble of words is trying to say.

Guess, Spencer could be discussed all day without getting anywhere. What’s the question/

From many molecules in the prebiotic soup, poor in energy, biodiversity is a decrease in number and an increase in energy, with chemical energy between atoms, made from sunlight by photosynthesis.

Wanna watch something you should find fascinating by Professor Nick Lane, not a philosopher, but an amazing scientist?

Trust that stories on the topic of God made sense

It seems off-topic in this “science” forum.

That is not correct. Evolutionary theory contends that current life evolved from dynamical chemistry., i.e. abiogenesis.

2.These earlier life forms were simpler in having fewer capabilities and less complex systems.

Yes, that was after abiogenesis, archaea.

Archaea (/ɑːrˈkiːə/ ( listen) or /ɑːrˈkeɪə/ ar-KEE-ə or ar-KAY-ə) (singular archaeon) constitute a domain of single-celled organisms. These microorganisms lack cell nuclei and are therefore prokaryotes. Archaea were initially classified as bacteria, receiving the name archaebacteria (in the Archaebacteria kingdom), but this classification is obsolete.[6]

Archaeal cells have unique properties separating them from the other two domains, Bacteria and Eukaryota. Archaea are further divided into multiple recognized phyla. Classification is difficult because most have not been isolated in a laboratory and have been detected only by their gene sequences in environmental samples. 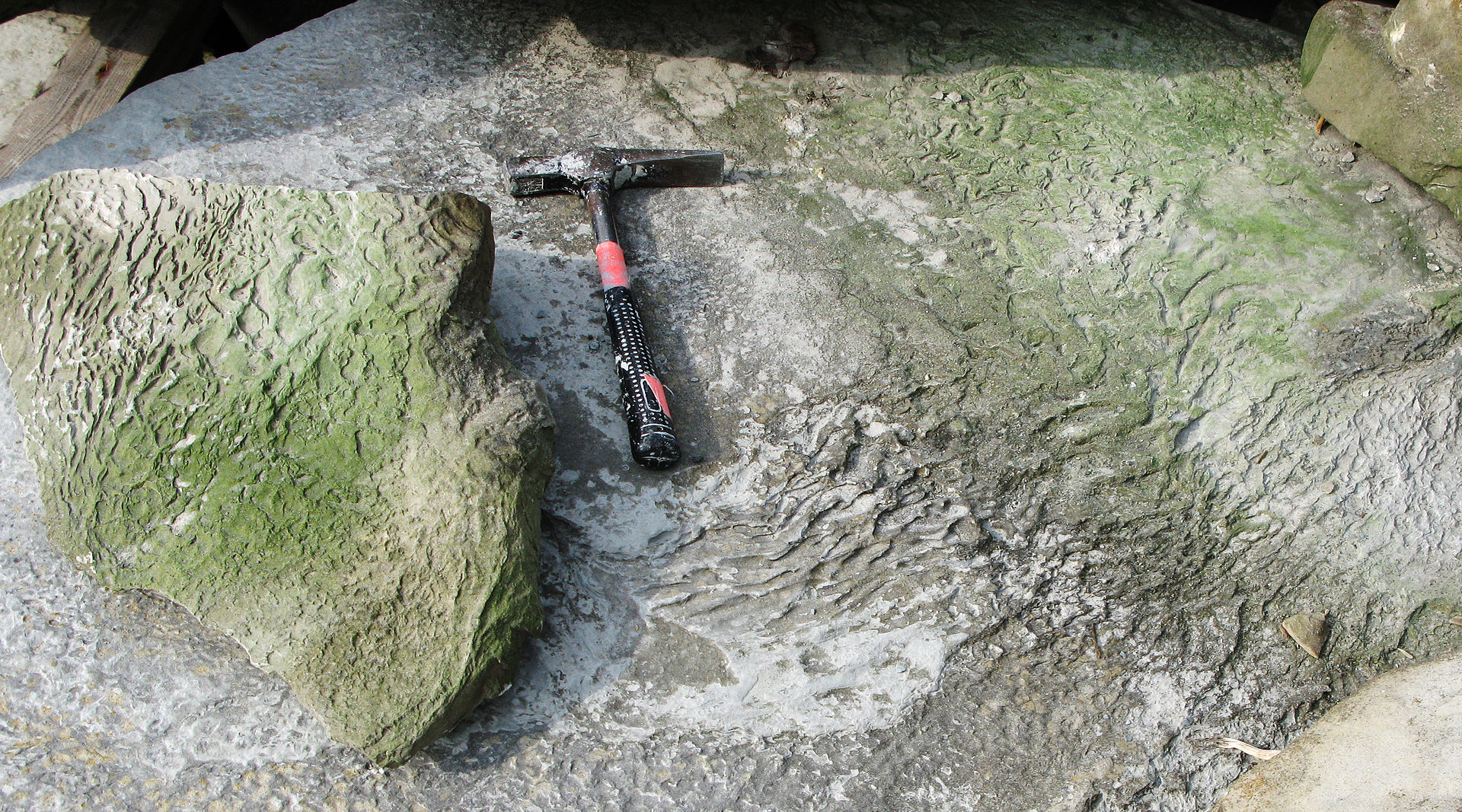 Do you think life started on Earth or was it brought here through other means - interstellar comets, etc?

Or, if it “started” here, it has probably started on other planets as well, and we are “nothing special” (as has been mentioned in some other posts)

Great image! I sure do appreciate your posts and the cool stuff you share.

What I think is really wild to think about, is comet impacts that send up huge ejecta that escapes Earth’s gravity, thus potentially seeding other planets within our solar system.

But as all of us wanna be gardeners know, getting seed is only part of the process. Need conducive conditions.