the dark side of "saint" Mother Teresa

Even Mother Teresa probably did something bad in her life.

Yes even the holier than thou Mother Teresa wasn't all the PR made her out to be.

Google “Mother Teresa was no saint” sometime. Her support of poverty and leaving people in it and her being deliberately blind to the horrors that unrestrained birth rates has been inflicting upon this Earth, and her biological health, has me wanting to spit every time I hear her name.

… At a vast open-air mass in Knock, Ireland, in 1992, Mother Teresa made it plain yet again that there is no connection at all in her mind between the conditions of poverty and misery that she ‘combats’ and the inability of the very poor to reach the plateau on which limitation of family size becomes a rational choice. Addressing a crowd of the devout, she said,

‘Let us promise Our Lady who loves Ireland so much that we will never allow in this country a single abortion. And no contraceptives.’

In this instance, she fell into the last great fallacy and offence to which Church teaching on this subject is prone. …

Why On Earth Is The Catholic Church Making Mother Teresa A Saint? By Nickolaus Hines Published December 18, 2015 Updated January 8, 2018 Five reasons this widely beloved figure did much more harm than good.

Mother Teresa: 8 Reasons Why Some Believe She Was No Saint By John killerlane 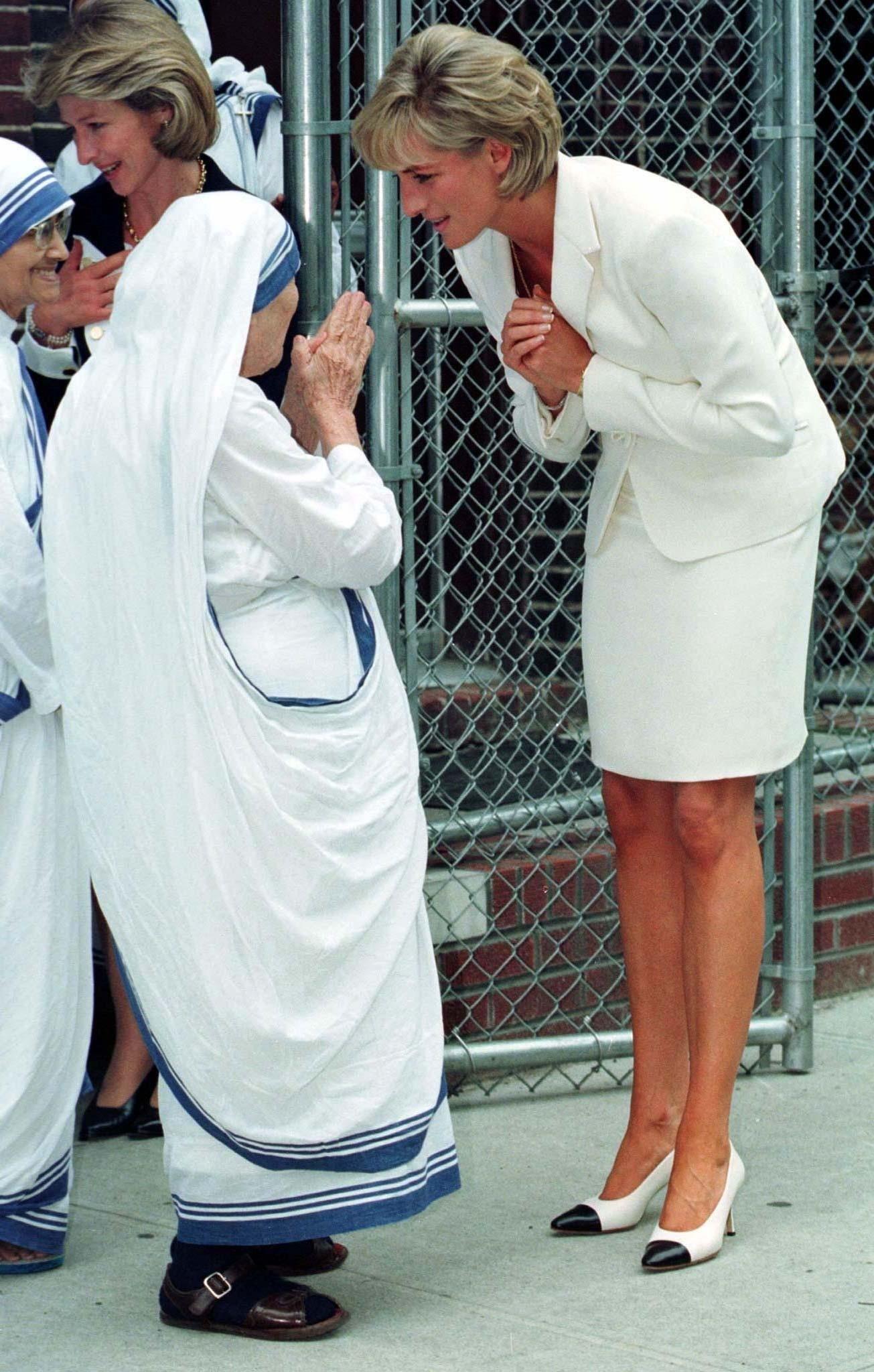 Here she is seen praying to a Gigantic Princess Diana. Not very Saint like - eh?

The Catholic Church is one of the most corrupt institutions on the planet encouraging high birth rates where ever it’s ensconced. It loves to see every 15 year old girl with a swelling tummy and that’s because it just loves little children, especially plump little boys, yummy, yummy yummy. When Catholic Churches are turned into movie theaters this world will be a better place to live.

@ Genus Homo, you are so harsh on the Catholic Church and that your vicious attack on the clergy, where do you come up with such a harsh assessment?

Here let’s look at the facts:

There’s even a recent video though, don’t think I have the stomach to watch it. One can only take on so much pain at a time.

Well, what is it that they say, let your opinions and beliefs be driven by the Facts.

This disgusting abuse has been happening for decades and centuries and many in the Catholic Church in positions of authority could’ve done something about it, instead they ignored the crimes of their fellow priests. What makes this abuse particularly venal is these pedophiles were and incredibly in some cases still are looked up to by parishioners. In places like Latin America and certain parts of Africa Catholic priests are seen as icons of truth and purveyors of spiritual enlightenment because backward, uninformed populations are slavish adherents to their stale doctrines and superstitious customs. There are those who by the twisted psychology of their own perverted mind set desire sexual contact with children but they at least know they’re demented and can’t seem to help themselves but a pedophile in the Catholic Church is protected even admired and respected by “good Catholics” who have learned to keep quiet about such things. The pervert who knows he behaves in disgusting ways and stays furtive and quiet is far less offensive than the priest who is accustomed to being shown respect and deference. There’s a huge difference between a businessman who falls into having an affair with his secretary and a preacher at the local church who’s screwing his female parishioners. One example is an expression of basic human weakness, but the other is the most repulsive form of hypocrisy. That’s why my condemnation of this behavior is so harsh. An individuals genuine belief in God is normal and completely natural. Expressing that belief in a socialized group setting through the stale customs and traditions of organized religion is where problems arise.