When I was a young man I heard a story that resonated with my sensibilities.

The story was about some South Sea islands where newborns were considered holy during their first hundred days out of mother’s womb. During those days the infant was never allowed to touch the ground. Then on the hundredth day a sacred ceremony celebrated this infant joining the human race as it’s feet were lowered to touch sand and sea and Earth for the first time.

It was a beautiful story that was running through my mind as I watched my own daughter being born during a moment that felt like a window opening into Deep Time as I fleetingly touched the generations that came before. Later holding my tiny infant up towards the sky, the story became a living reality, even if her little butt, back and feet would touch the ground long before her 100th day as a person, holy she certainly was.

Last year I was blessed with being caregiver for a grandson, first visit was at two weeks old, with a few more before those hundred days were up. He’s currently around 16 months and a very different entity - today we are the sum total of all our days and experiences.

Consider the person as a reflection of evolution.

The first hundred ‘infant’ days, for caregivers it’s filled with moments of blissful rapture as pure as any we’ll ever experience. For the parents already in love with each other, it’s profound beyond all else.

The human sensuality of skin on skin, the smells, the touch, the falling into blissful sleep, When simple awareness of the moment and love overwhelms our ability to convey. Then the waking and the strüm und drang of life and learning and the day to days that never stop coming at us. But I digress, this was supposed to be about the infant.

The babe laying there helpless, but soaking in everything, while constantly flailing it’s limbs until the flailing takes on definition. Those eyes, at first blurry, become sharp and scanning (and if you are among the fortunate) noises attract the infants attention, which triggers more body motion and sense of direction and increasing awareness of surroundings.

Evolution in action from the infant’s perspective.

Fuzzy images resolving into objects, oh, fingers, my fingers, wow, I can move them, what toes too, feet, legs, kick ‘em high. Then coordination between the parts, yo, I’ve rolled over.

Wow, I can push my head up off the floor, then the butt learns how to use legs to wave that booty. But, I want to get over there and it ain’t working. Head up, butt up, push, bam, nose dive into the rug. But soon the body figures out that arms and hands need a little harmony, so the random flailing steadily finds that harmony. Arms learn when to move as legs push. Head remains held high and it’s off to the races.

Wow, I can get over there. Check it out. I’m fast. Not fast enough, standing is fun, bam, diapers full of, never mind. Then it’s like the body hears the song, these feet are made for walking, and that’s just what they do.

We wake up and that infant is gone, disappeared into a toddler scampering off into every direction, obsessed with discovering the world.

Willfulness, curiosity, sense of self, and of humor, and still always soaking up all he/she can, through senses and body (which of course is also a sense organ) and mind. Boundaries are necessary, but they are so hard to define.

Just for the exuberant fun of celebrating my good fortune.

It’s strange to me that for all that good fortune you declare, you don’t sound like a happy man.

sree, He seems to me to have a deep and broad range of human feelings.

You should just put your fingertips together, and breath out the word “excellent”. And enjoy your own feeling, although it can never reach the heights of richness of emotions that someone like CC can experience. Because the primary object of your stilted emotions is generally nothing more than your love of money.

@sree It’s strange to me that for all that good fortune you declare, you don’t sound like a happy man.

Well son, that's because I am aware of what we have done to the future of this incredible Earth that has so much to offer.

You who make a habit of hiding and pretending couldn’t possible comprehend.

sree, you should listen to Tim, you could learn a few things from him.

Or, I should say, had so much to offer.

This morning couldn’t even see the sunrise for the smoke in the air from a Utah fire, wasn’t until over an hour after sunrise that the red ball started showing through the smokey hazy. And this is just the start of what’s heading our way over the next decade.

Worst fire season ever in California already, this year, right now. Dozens of major fires are burning. And it was 121 degrees Fahrenheit in LA, a few days ago. I live in a hot state, but I have not known it to get that hot.

But in these t rump days, it is 2nd page news. Maybe it qualifies as a senary or septenary current crisis.

Worst fire season ever in California already, this year, right now. Dozens of major fires are burning. And it was 121 degrees Fahrenheit in LA, a few days ago. I live in a hot state, but I have not known it to get that hot.

Why live in a hot state for? It's the same thing in California year after year: wildfires destroying homes. Is it not possible to move someplace cool and safe?
sree September 8, 2020, 11:31pm #9

sree, you should listen to Tim, you could learn a few things from him.

You have no idea how much I have learned from observing every one of you.
citizenschallengev3 September 9, 2020, 12:33am #10

Then reflect some of it dude.

Why live in a hot state for? It’s the same thing in California year after year: wildfires destroying homes.

Is it not possible to move someplace cool and safe?

The causal disregard - where does that come from sree?

I’ll blame much of it on ignorance, but the emotions, the pettiness and nastiness, as in need to denigrate others, you know that background contempt for other humans that always seems to come through your comments.

Then the self-certain yet postcard thin understanding of society and people in general.

There is hot and there is hot, and our society thrives within a narrow band of temperatures - 120°F is certainly pushing limits.

Wiring, power plants, pumps, cooling water, I mean you haven’t a clue at what you are scoffing at, like those idiot brown shirts back in the Vaterland.

Not even worth talking about anymore, too sad and pointless, our course has been set and it won’t be pretty. 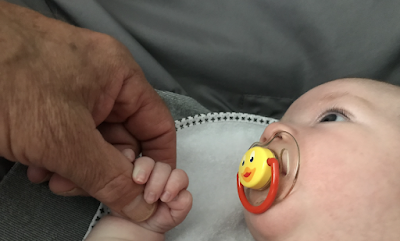 Don’t know about you, but I can feel his eye’s boring into me.

Love that little guy. What an awesome year that was but he keeps on growing, turning into a real kid now, little kid, but kid.

Now he’s going to a small daycare, one mom, five kids and the mom sends out pictures all day long so parents and select special others can keep up on the little guy’s day. Security end of it is weird to think about, but the pics are splendid and his days are interesting and well fed, he’s doing great!

How wonderful for you!

I read your OP and one or two responses before I noticed the dates.

One of enlightening moments I remember (though not in detail, I now realize) He was playing with one set of toys and “did something” - and then he turned around and applied that same knowledge to another set of toys. He first learned to apply the knowledge gained from another setting.

It’s hard to describe, but as you said - “seeing evolution”

He’s been a straight A student, got an academic scholarship and been on the “Dean’s list” a number of times … if it matters

Congrats. Among life’s greatest victories is having grown children you are proud of.