How to answer this question generically

The question is posed to Bart Ehrmann, about his view on Jesus being myth or history. I disagree with his answer, but that’s not the important part of why I posted this. If any person, well versed in a topic, were to find out they were wrong, they should answer the question in the way Bart answers it. The only reason you should be upset about being wrong is that you had something invested in the answer you were hanging to, and you shouldn’t do that if you are approaching the question with any rigor and with a logic methods.

If everyone took this approach, the only things we would argue about would be flavors of ice cream, or combinations of pizza ingredients. Hopefully those would not turn violent. 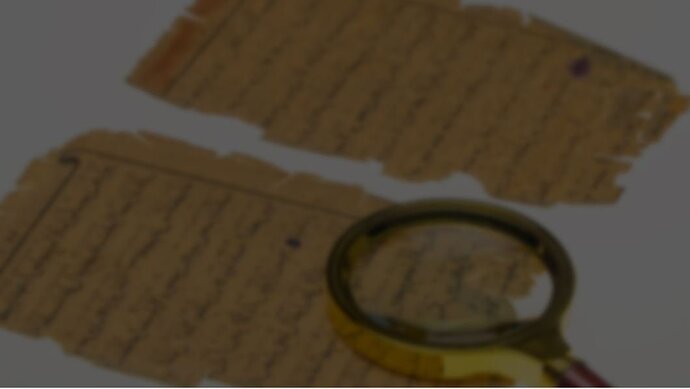 Would I Be Personally Upset if the Mythicists Were Right (That Jesus Never...

Ever since I wrote my book Did Jesus Exist (where I argue that, well, yeah--whatever else you say about him, however much legend you think is in the Gospels, there certainly was a historical figure, Jesus), I have had people ask me if I have an axe...

Interesting paper written by something with an open mind.

My personal opinion is that a rabbi named Jesus probably existed and preached. I may be wrong.

Beyond that, it is is very difficult to find the historical Jesus under the piles of myths created about him.

Beyond that, it is is very difficult to find the historical Jesus under the piles of myths created about him.

I agree.
From the link;

I decided that the vast majority of scholars (all but one or two, out of many thousands) are absolutely right. Jesus did exist.

The problem is that it proves nothing about his life.

This is off topic I guess, but since you mentioned Bart E… I’ve often wondered if he has an ulterior motive in all his writing and work. Think of it, here’s a guy who’s a top biblical scholar, has written numerous books, and whose stated purpose is to educate people on early Christianity, the early bible, etc.

AFAIK he’s never once said his goal is to bring about the end of christianity. And yet, if you know his personal history of how he went from thumper to atheist (in comparison to the thumpers) you see that what he’s doing now is basically helping others follow that same path, away from christianity.

AFAIK he’s never once said his goal is to bring about the end of christianity.

No, he’s never said that, not that I know of. He is pretty adamant about being agnostic. Also his theme of Jesus being an itinerant apocalyptic preacher is pretty consistent, and goes against mainstream church teaching.

What frustrated me is that he put out books about errors in the Bible, and has debated strongly against literalists, telling them that they can’t know the exact meaning of the words and can’t get back to some original version of what Jesus said. But, when I tried to get the details, there were very few. He had great stories about a letter that got smudged on a document somewhere and caused a word to be misunderstood for centuries, but nothing that really showed how a specific doctrine was wrong, due to errors.

Recently, and I don’t know if I saved it or not, some Christian kind of cracked his code, and Bart did a interview with the guy, saying he was pretty much right. He said his overarching message is that you can get back to some sense of the original writings, even though you can’t get back to the man, or what his words actually were, or even solid proof that he existed. Although he maintains the proof is good enough to say he did exist, which I think is not consistent, but anyway.