Jesus was a Myth

I been sure of that a long time. Now I’m found loads of supporting evidence for my impression with this short video that puts the question to my claim.

Basically, it’s a timeline of important events in Jesus’s life, contemporary historians, post-era historians, and such. I’ve always loved timelines, they do such a marvelous job of putting history in perspective*. The video is only like 8 minutes and if this bible mythology jazz interests you, you might want to check it out.

And now I cannot even edit my posting anymore…

It seems the forum software thinks it should interpret jpg as text:

And now even my previous posting is lost…

Where the video has its facts right, its interpretation is too suggestive. Why should the timeline be presented as the video does?

In the first place, Jesus was only active in his last few years. Before that time he was more or less unknown. Some wandering preacher (one of many?) would also not draw much attention. And even the execution of a religious (supposed) rebel would not throw high waves. It was obviously the impression that Jesus made on his followers, and Paul’s conversion and following missionary activities that really started Christianity.

Then big movements tend to grow exponentially, until it reaches a saturation. But exponentially does not mean just ‘explosive growth’: exponential functions grow slowly in the beginning. Example: 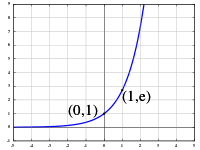 So if we take these two facts (graph starts at the moment of Jesus’ death, and grows exponentially thereafter, it would more go like this (my red lines):

And then we see it fits all. So this graph is pure propaganda.

Edit: where has my graph gone? I pasted it into my posting, it was visible, but disappeared after posting. One reason why I am not posting much anymore here is that I do not get to grips with the new forum software… Where is the ‘attach’ button?

<h1>Request-URI Too Long</h1> The requested URL's length exceeds the capacity limit for this server.

Additionally, a 414 Request-URI Too Long error was encountered while trying to use an ErrorDocument to handle the request.

How can I put my pictures online? Where is the ‘Attach files’ button? Or should I upload it in a file sharer and link to that?

How can I put my pictures online? Where is the ‘Attach files’ button? Or should I upload it in a file sharer and link to that?

Sorry you’re having trouble GdB, but I think I get your point. I also think you missed the point. The video is not talking about how much attention Christianity was getting, it’s talking about the historical accounts of it. It is accurate that the earliest written record of anything about Jesus was from Paul, in 49 AD. The birth narratives are widely dismissed as legend, so they’re almost not worth mentioning, but again, the point is not that some historian didn’t write them down, it’s that they never appear anywhere until another generation after Paul started writing. Paul’s story does start off in the middle of ongoing conversations, but the missing documentation of anything before him is a big problem for the historical existence of the man.

Worse, what we do have is in the mythological genre. Paul only has a few lines that could be about a real person. Mark has fisherman dropping their nets and wandering off with this guy for no reason. It’s not until Matthew that we get the birth thing, and none of this can be reconciled or even makes a claim to be historically accurate. I won’t go around saying Jesus definitely didn’t exist, but I won’t be surprised if scholars eventually agree on that, just like they did with Moses and Abraham.

I’m not sure. If the picture exists somewhere on the net you might try posting a link to it and see if that works.

No, I created my own file, so it is not on the net. Isn't there somewhere a user manual for this Forumsoftware? Or can you reveal the name of it, so we might possible google it ourselves?
gertdeboer December 10, 2018, 8:01am #9

You are right. But the two might have a close relationship. The bigger the attention, the earlier historians take notice too.

The birth narratives are widely dismissed as legend, so they’re almost not worth mentioning, but again, the point is not that some historian didn’t write them down, it’s that they never appear anywhere until another generation after Paul started writing.

They are worth mentioning, of course not because they contain valuable information about Jesus, but that it shows what the authors of Luke and Matthew possible aimed at. Christians wanted to have Jesus acknowledged as the long expected Messiah. However, according to the prophecies, the Messiah would be born in Bethlehem. But obviously Jesus came from Nazareth, that did not fit the bill. So they both constructed a birth story in which they explain how Jesus was born in Bethlehem, but in fact came form Nazareth.

In Matthew Joseph and Maria lived in Bethlehem, there Jesus was born, and then they fled for a while to Egypt because Herod was planning to kill all small children in Bethlehem. When they returned, to Judea, they went to Nazareth, and so that is where Jesus grew up.

In Luke Joseph and Maria live in Nazareth, but have to go to Bethlehem for the census, where then Jesus is born in the stable. Luke explicitly says that they went there because everybody had to go to the city where their ascendants live, and Joseph was from the lineage of David.

Both accounts are extremely unlikely. We have no traces outside the bible that fit the mentioned ‘facts’ of the ‘Massacre of the Innocents’ and the census. Luke has even his historical facts wrong. So both birth stories were created to wipe a fact under the carpet: that Jesus was born, and grew up, in Nazareth. If the gospels were pure fantasy, then it would have been much easier to let Jesus be born and grow up in Bethlehem.

That would be great analysis, if it weren’t the actual history. Being a descendant of David “born in Bethlehem” is only one of the ways you identify the savoir. In brief:

the scriptures the Christians were then using predicted three things about the messiah (and we know this, because they say so): that he would be born in Bethlehem, that he would come from Galilee (even though Bethlehem isn’t in Galilee), and that he would be a “Nazorian,”

A little more detail here https://www.richardcarrier.info/archives/12334j and lots more in his books.

What is hard to map on to is that writing myth is very different than writing history. Those writers weren’t trying to be accurate and no one was checking their facts. They were checking their tales against earlier versions of tales that were just as messed up and irreconcilable. People wanted to hear the elements of their old stories or they wouldn’t accept your new one. They wanted to know that you related to their symbols and culture, that you knew your scriptures. Discussion of the gospels would have sounded more like two geeks discussing consistency in the Star Trek movies. That kind of discussion still goes on, we call it theology.