Gene Splicing coming soon to somewhere near you

Pigs who grow human organs. Cows who produce human milk. Goats who produce silk. Cabbages that protect themselves from insects with the cabbage’s own scorpion toxin. Bananas that can inoculate humans against Hepatitis B. Mice that can sing., etc.

Now we have claims that a pair of embryonic twins were used in an experiment to produce an HIV immunity in a gene spliced human baby.

There is some reaction in the scientific community to curb the latter, and the scientist who did it, I think has been prosecuted with a sentence of jail time and a big fine.

But generally, I think the gene splicing stuff is going on big time without much sign of slowing down.

So. Who wants a gene-spliced baby, made to order? Or maybe a pet cat that has the loyalty and obsequiousness of a dog? Or how about an orangutan that has the intelligence of Donald John T rump? Oh wait, those already exist.

Be careful, however. You may not want your baby to get genes spliced from Albert Einstein, as there could be unexpected side effects. 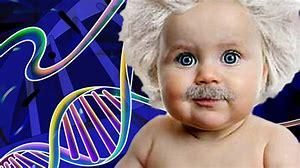 This may well be a testament to the ultimately pure mathematical nature of self-assembly of all complex patterns. DNA doesn’t care which animal provides the microtubules responsible for mitosis, as long as the microtubules are functional in cell division.

It is not unlike having a different brand computer with the same operating system performing the same calculations as another brand.

I like experimentation. Cause ya nevah know whacha gonna get. But I recognize that it is good to have considerations as to what may be dangerous or unethical.

Here is a link to an article about Chinese researchers splicing human genes into apes.

I wonder if they managed to fuse chromosome 2p and 2q to alter the monkey’s DNA to imitate human chromosome 2.

I can’t imagine that I didn’t think of that question myself, other than I don’t know what you are talking about.

How about cows that produce human milk? If it ever becomes mass marketable and the price goes under $3 a gallon, I would like to try it.

I can’t imagine that I didn’t think of that question myself, other than I don’t know what you are talking about.

They say there is but 1% percent genetic difference between humans and the other great apes. IMO, this difference is the fusion of chromosome 2p and 2q into the single larger chromosome 2 in humans.

Fuse these two chromosomes in apes and you have created a genetically identical human .

Consider that each species’ biomes genetically consist of only 1% of true hominid genes and 99% of bacterial genes.

If that 1% in both species only has just a 1% difference between themselves, due to a single genetic mutation of 2 genes into 1 single larger gene, then artificially fusing the two ape genes into a single gene should produce a genetically identical human. The difference in apppearance is basically cosmetic and due to the millenia of diverse lifestyles which for one produced a smaller jaw in humans due to dietary differences, which in turn made room in the skull to house a larger brain. 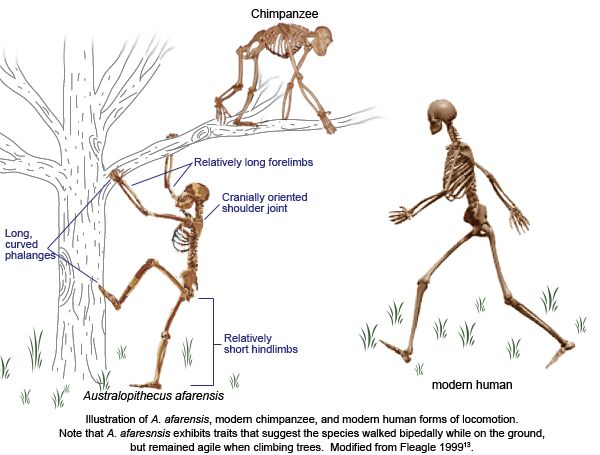 Story telling is the foundation for a civilization

The wild pig and the seacow

Odds are, you’ve never heard the story of the wild pig and the seacow — but if you’d heard it, you’d be unlikely to forget it. The wild pig and seacow were best friends who enjoyed racing each other for sport. One day, however, the seacow hurt his legs and could run no more. So the wild pig carried him down to the sea, where they could race forever, side by side, one in the water, one on the land.

You can learn a lot from a tale like that — about friendship, cooperation, empathy and an aversion to inequality. And if you were a child in the Agta community — a hunter-gatherer population in The Philippines’ Isabela Province — you’d have grown up on the story, and on many others that teach similar lessons. The Agta are hardly the only peoples who practice storytelling; the custom has been ubiquitous in all cultures over all eras in all parts of the world. Now, a new study in Nature Communications, helps explain why: storytelling is a powerful means of fostering social cooperation and teaching social norms, and it pays valuable dividends to the storytellers themselves, improving their chances of being chosen as social partners, receiving community support and even having healthy offspring.

This is one of the reasons why mythology is so powerful. Mythology are persistent stories and shaped the beliefs in early humans who heard them.

Story telling is also the foundation of all religions which, over time, will all slowly fade into the books of mythology.

Science is a relative latecomer, but the stories it tells are founded on observation and repetitive experimentation instead of resting on indiscriminate belief in unseen gods.

Our stories are paramount. The Iron Throne went to the one who had the best narrative.