Does happiness exist? I mean I know it exists but I cannot see it. By that same kind of argument, I also cannot see DNA so maybe that doesn’t exist - I know scientists can see DNA but I can’t as I don’t have access to powerful enough equipment. I could prove that something like DNA exists by breeding frogs over say 20 generation by picking out the ones with the longer legs to breed, then measure the average length of legs - which will prove that there is something in frogs that determines the next generation.

This is what Richard Dawkins says on one of his books. I’ve checked copyright rules and it seems like anyone can copy 5% of any book and there is far less than 5% in this snippet :

We come to know what is real, then, in one of three ways. We can detect it directly, using our five senses; or indirectly, using our senses aided by special instruments such as telescopes and microscopes; or even more indirectly, by creating models of what might be real and then testing those models to see whether they successfully predict things that we can see (or hear, etc.), with or without the aid of instruments. Ultimately, it always comes back to our senses, one way or another.

Does this mean that reality only contains things that can be detected, directly or indirectly, by our senses and by the methods of science? What about things like jealousy and joy, happiness and love? Are these not also real?

Yes, they are real. But they depend for their existence on brains: human brains, certainly, and probably the brains of other advanced animal species, such as chimpanzees, dogs and whales, too. Rocks don’t feel joy or jealousy, and mountains do not love. These emotions are intensely real to those who experience them, but they didn’t exist before brains did. It is possible that emotions like these – and perhaps other emotions that we can’t begin to dream of – could exist on other planets, but only if those planets also contain brains – or something equivalent to brains: for who knows what weird

Does this mean that reality only contains things that can be detected, directly or indirectly, by our senses and by the methods of science? What about things like jealousy and joy, happiness and love? Are these not also real?

AFAIK, the experiences you mentioned are not physical things, but “emergent” experiential qualities.

The saying that “the whole is greater than the sum of its parts” is true.

However, there are also some physical patterns that yield emergent physical qualities.

I have noticed that all properties ending on “xxxx-ness” are emergent properties that are different than the properties of the constitutional parts.

Take the property of wetness. There are no “wet” molecules. 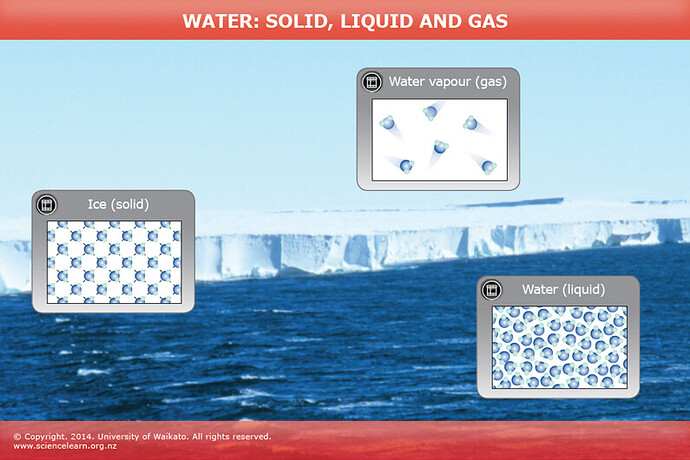 Each of these states are emergent physical states from specific H2O molecule arrangements. It is truly remarkable.,

As to emergent experiential properties, I believe they also emerge from complex patterns that are related to electrochemical interactions that produce interactive chemical responses leading to specific dynamic behaviors.

At a bacterial level this emergent behaviors this may become expressed as concerted virulence via “quorum sensing”. 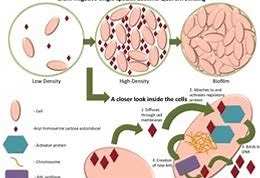 There is a clear evolutionary process of increased experiential consciousness along with increased complexity of microtubule networks in the cytoplasm, cytoskeleton, and neurons of every DNA based organism.
Mitosis (cell division)is also regulated by microtubule “mitotic spindles”.

It has been proposed that active microtubule networks create “fields” that are experienced by the brain and effect the production of action potentials, which in some cases is the production of pheromones that allow for general relaxation and feeling of “comfort” or “wellness” (xxx…ness!)

I really appreciate your help with this topic. I’m not a biologist but certainly I can appreciate the basics of science. I’ve just read about the basics of carbon atoms and about them being isotopes - the fact they are unbelievably special as these atoms can be constructed together in an infinite way (mainly with hydrogen perhaps?) to provide living cells. I presume that all other atoms e.g iron, mercury even oxygen cannot mainly be used to construct a living organism (as far as we know). - thats fascinating to me for sure. I’m also prepared to have my understanding completely knocked down at any time as I build on top that knowledge

But out of all this I can now say that I know happiness actually exists. How? Its certainly observable just as much as observing say a speeding train so we could say that speed exists also.

Knowing that happiness exists then empowers one to create more of it as a by-product of our actions.

This is where I am right now in my thoughts. Thanks again and I will have to revisit about quorum sensing as it might be outside of my knowledge for now.

In fact, I’ll copy/paste a bit more from Magic of Reality which was so fascinating

Carbon – the scaffolding of life

The answer is that carbon atoms link up with other carbon atoms to form chains. The chemical compound octane, which, as you may know, is an ingredient of petrol (gasoline), is a rather short chain of eight carbon atoms with hydrogen atoms sticking out to the sides. The wonderful thing about carbon is that it can make chains of any length, some literally hundreds of carbon atoms long. Sometimes the chains come around in a loop. For example, molecules of naphthalene (the substance that mothballs are made of) are also made of carbon with hydrogen attached, this time in two loops.

Carbon chemistry is rather like the toy construction kit called Tinkertoy. In the laboratory, chemists have succeeded in making carbon atoms join up with each other, not just in simple loops but in wonderfully shaped Tinkertoy-like molecules nicknamed Buckyballs and Buckytubes. ‘Bucky’ was the nickname of Buckminster Fuller, the great American architect who invented the geodesic dome. The Buckyballs and Buckytubes scientists have made are artificial molecules. But they show the Tinkertoyish way in which carbon atoms can be joined together into scaffolding-like structures that can be indefinitely large. (Just recently the exciting news was announced that Buckyballs have been detected in outer space, in the dust drifting near to a distant star.) Carbon chemistry offers a near-infinite number of possible molecules, all of different shapes, and thousands of different ones are found in living bodies.

One very large molecule called myoglobin, for example, is found, in millions of copies, in all our muscles. Not all the atoms in myoglobin are carbon atoms, but it is the carbon atoms that join together in these fascinating Tinkertoy-like scaffolding structures. And that is really what makes life possible. When you think that myoglobin is only one example among thousands of equally complicated molecules in living cells, you can perhaps imagine that, just as you can build pretty much anything you like if you have a large enough Tinkertoy set, so the chemistry of carbon provides the vast range of possible forms required to put together anything so complicated as a living organism.

^ Thats the problem with Richard’s books sometimes - I think that they over-generalise.

I believe you are on the right rack in your quest for knowledge of “how” things work at a pysical, but also at an abstract level.

You may already be familiar with the following, but for those readers that are new but interested in the subject of the abstract world, this may be of interest.

IMO it is no accident that today’s universe is made up of the most common elements that appeared after the “inflationary epoch”. Nature and natural selection works with available physical “values”. This is what revealed the mathematical nature of universal “relational interactions”.
Mathematics is an abstract expression of “Logic”

In the end everything in the universe has an inherent “value”, a potential for interacting with each other in very simple ways, but creating more and more complex patterns in the process. (Chaos theory)

As to “quorum sensing”, it seems that fundamentally this applies to all interactive processes. Even AI works that way. It seems just an extension of “differential physics”.

What is differential equation in Physics?

In Mathematics, a differential equation is an equation that contains one or more functions with its derivatives. The derivatives of the function define the rate of change of a function at a point. It is mainly used in fields such as physics, engineering, biology and so on.
What are the applications of differential equations in Physics? [Answered!] (physics-network.org)

So watch this excellent Ted Talk by Bonnie Bassler. She explains very clearly how
quorum sensing is basically an exchange of information or “talking” among bacteria and how these chemical words trigger differential tresholds that are causal to coordinated (hive mind) actions and behaviors.
How bacteria “talk” - Bonnie Bassler - YouTube

And there we begin to get to the rudiments of “communication” and the acquisition of “meaning” to values, i.e “letters” (bits) and “words” (bites) when you put a bunch of letters together and get a “word” with an abstract description of an acquired value.

The same applies to assembly of parts to create a pattern in physics. And in this process, new qualities emerge that give the pattern additional properties apart from the individual constituent parts.

Nature uses EM waves to “communicate” values. Bacteria use chemical “words” to communicate relational values. Humans use abstract words as one form of communication and describing things in a symbolically abstract but meaningful way.

We assemble letters to form a meaningful descriptive pattern (word) of a physical (dynamic) interaction. Science calls this “codifying” physics.

All languages are the emergent symbolic abstract representation of meaningful values (parts and patterns). So in a sense all information is emergent or as David Bohm described it as "unfolding " reality from a prior state of “enfolded” orders.

Roger Antonsen has a interesting lecture on the usefulness of mathematical languages to represent different abstract perspectives and communication of meaningful “values”.
Math is the hidden secret to understanding the world | Roger Antonsen - YouTube

So, abstract concepts of “happiness” and similar emotional experiences are a result of understanding the “meaning” of information and how it is expressed as emergent phenomena in nature.

I hope this will be of interest . It was to me and changed my understanding of “how things work”.