Help! Working on my profile pic for my new blog...

My blog on Medium will be “the baby humanist.”

What do you think it means? Does it say anything about me or the subject? 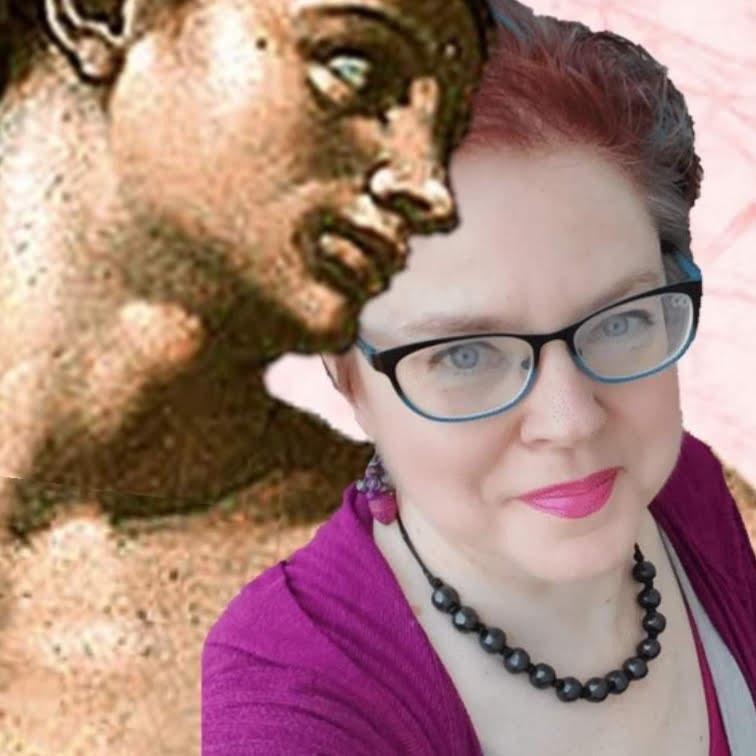 Well I was right about who that is. But somehow seems you could do something with that famous finger, … But what? I’m drawing a blank.

It’s just me and I’m trying but I’m not getting any particular ‘gestalt’ impression. Adam’s face is recognizable, probably to most, but I’m missing the connection you are trying to make with it.

My blog is on my process of becoming a secular humanist, after a lifetime of being a devout Christian.

My initial design did focus on the hands, but people had NO idea. 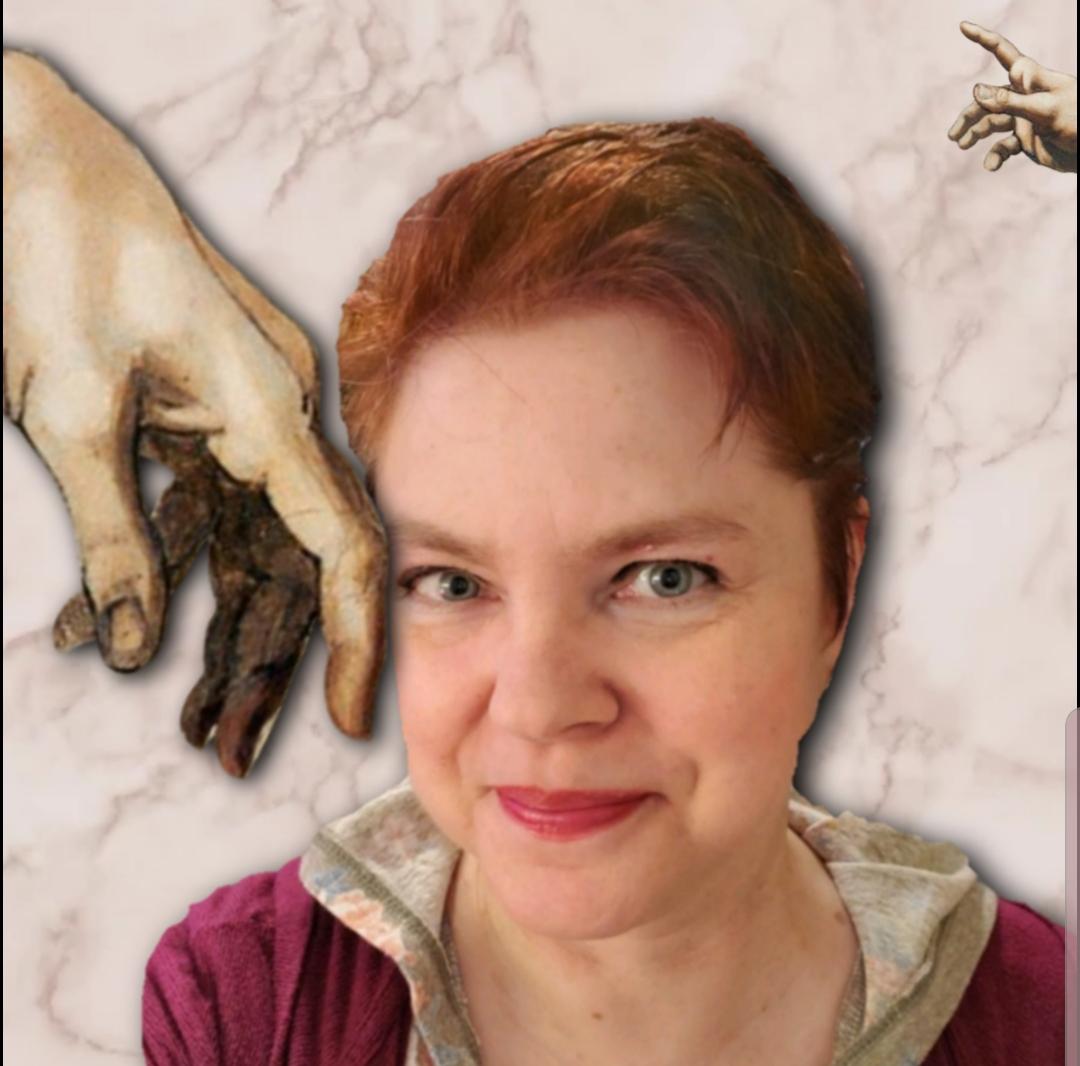 Hmmm, actually that one speaks to me.

Adam giving you a friendly caress: “That a girl. Now you’re getting it.” I can almost hear it. Or something like that.

Heck of a challenge, I was just looking at a pic of the whole painting.

Guess God and pals pointing at you would be over the top?

Oh and I just notice on that second one, if you brought God’s hand down so the two fingers pointed through you, would get more to the point. (pun intended

I like the last one, as is, except the dark brown (shadow?) of the inner palm and fingers. It is distracting. The color should be much closer to the outer hand and fingers. If a shadow is necessary it should be only a subtly darker shade.

Not getting a sense of humanism. I understand it’s something about creating anew but not sure what. It’s a good picture of you, but you’re not involved with the face of Adam. I’m left wondering why he’s there.

Well, bummer. Okay, thanks, guys. I got similar responses from friends and on Twitter.

I thought my message was so simple:

I was a Christian… but now I’m a Secular Humanist.

My focus used to be on the “God” stuff… but now it’s on the “human” stuff.

I thought it was clear as day, but nope. If this were “The Gong Show,” there would be 50 enormous gongs going off right now.

So it’s back to the drawing board.

(Like I said, this wasn’t the final. I had just used a couple pics of me that I already had, to see if folks got the idea. I was going to take a photo of myself specifically to go with the Adam image…cuddling a bit, but nothing gross or creepy.)