So a little warmer it will get and then a little more warm as the green expands? 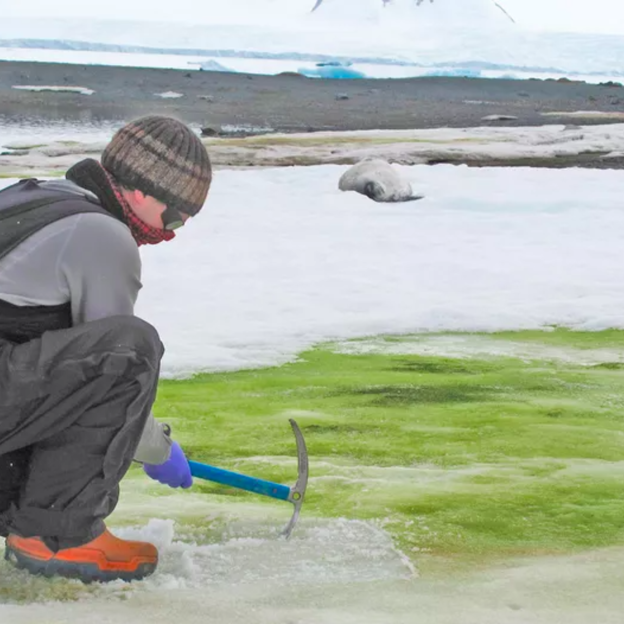 Antarctica: Too Big to Melt A summer of extremes leaves sobering questions about the state of Earth’s largest store of ice, capable of inundating coastlines worldwide as it melts.

Out of Sight, Out of Mind?
Antarctica is the world’s remotest continent, with a small and mostly seasonal human population limited to scientists and occasional tourists visiting by cruise boat. Especially amid a global pandemic, events there may seem disconnected from our lives.

But as Gilbert of the British Antarctic Survey explains, changes on the continent have far-reaching consequences for global sea-level rise, changing ocean currents, and even on the pace of climate change itself.

The news from the southern continent adds to a steady stream of warnings about the unfolding climate crisis. But while the current pandemic has sidelined climate concerns for many, it may also offer an opportunity to address the crisis. The $2 trillion stimulus package signed into law in late March demonstrates the availability of massive funding for emergency response. And lawmakers are already discussing a similar-sized bill to come this summer, with early signs that infrastructure may be a focus.

Some climate and renewable energy experts see it as an opportunityto speed U.S. transition to cleaner energy and build resilience into coastal communities vulnerable to sea-level rise.

Whether that occurs will depend on a later debate, and perhaps also on how well the climate news coming out of remote Antarctica and other locations stays in the forefront of the public consciousness.

Silent lips are going to sink this ship.

Meanwhile at the ‘top’ of our planet Earth

Four Ways Alaska’s Unending Warming Impacts Everyone As remote Alaska warms and melts, it kicks off changes that will affect global systems and worsen climate change. October 11, 2019 by Tim Lydon

Thawing Permafrost and the Carbon Bomb

* Though I hate such wishy-washy bs mushy wording: "May Disrupt" NONSENSE!

It is absolute physical certainty that warming Alaska and the Arctic Ice Cap can do nothing but disrupt current global weather patterns until the new regime is achieved, that won’t be happening for few hundred years, though we’ll be long gone, so no-one will be writing about the new climatic plateau Earth’s has finally achieved!

Tim this is only tangentially related to your opening post, but what we are seeing is part of an ongoing process who’s final outcomes won’t be manifested for thousands of years.

All the while many “Christians” tell us that Earth is 6k old - such a sad empty state of awareness.

Earth is way more fascinating (and real) the way serious grown ups like scientists have been discovering bit by bit over the past hundreds of years.