Alignment of the moon and planets 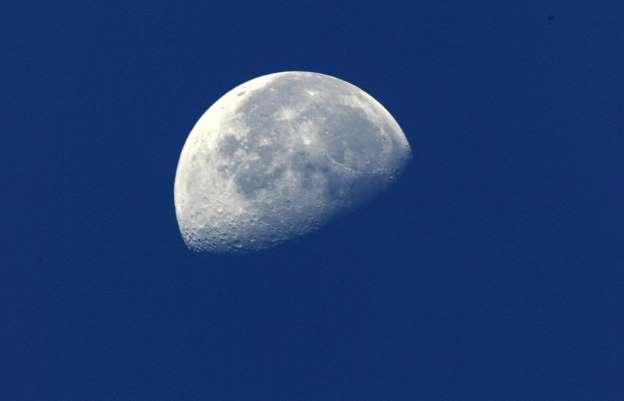 I don’t visit the science forum much lately as I can’t seem to hang with the more hard core scientifically minded. But I did have a question.

With the upcoming alignment of the moon and Jupiter, Saturn, and Mars this-week, do you think that we will have more earthquakes, volcanoes, or such, than usual?

The tiny amount of ‘research’ I conducted in the last 13 minutes makes me think that the gravitational effects of those planets will be so slight that it’s unlikely we’ll see a measurable increase in earthquakes or volcanoes.

If you look into this after the fact to see if reliable sources report a change in them, let us know.

My daughter said there’s a meteor shower tomorrow and the next night. [Maybe they will be the cause of any extra volcanoes and earthquakes!]

There is also a house size meteor passing the Earth today, within the moon’s orbit.

Why has nobody banned this Joseph idiot?

Do you know there is a “report user” link @hugo? I’m surprised at how little that is used. Also, take a look under his user name.

Who is Joseph? And what does he have to do with this thread?

Nothing - but thanks for answering the question I had when I was looking at the moon a couple early mornings ago.

And then there’s Joseph, but that’s an altogether different thread -

For the next time you want to talk about playing some serious Solitary.

This meteor shower is expected to peak on the night of April 21-22, when the moon will be near its new phase, meaning it is almost invisible.

There is also a house size meteor passing the Earth today, within the moon’s orbit.

Scientists first spotted it on April 11.

Speaking of cool sighting in the sky, about one hour ago I experienced a fun thing.

I’m in southwestern Colorado and it’s a crossroads for passenger jets, (well used to be), on days when contrails hung around the skies there’d be an overlay of literally dozens of contrails, and finding a half dozen jets at once wasn’t a big deal. All flying very high and silent for the most part, except at night we can hear them.

At first when this COVID-19 started hitting home, we were surprised at how many planes remained flying, but then the drop happened now it’s clear skies and planes are rare.

Then about an hour ago (well 9:05 ~ 9:10PM) I happened to be outside and noticed a couple high flying jets, like three or four, then another, and another, straight line and at outstretched ar, two fists+ distance between, pretty evenly spaced, then another, and another flying northeast towards the Big Dipper, and I really started counting. Then a noticed a couple off to the side, tracking same course, 12, 13, and another, then another couple off to the side, pretty much keeping same distance. All told three pair off to the side and the rest one could have drawn a ruler straight line connecting all. I’m thinking it was 18 planes, it did got a little weird counting, though they all originated from the same point so that helped.

My wife, mentioned it on a local chatroom, and received some comments sharing news about tomorrow’s Air Force Graduation, where apparently the Thunderbirds are planning to fly down the front range, buzzing a string of big cities along the Front Range. Colorado Springs is in that general direction. It may have just been a straight line, but it was precision flying nonetheless. Considering the Thunderbirds are stationed in Nellis Air Force Base, Nevada I have the feeling I may have had the first viewing of their Colorado performance.

And Occasionally we see the SpaceStation fly by - that’s pretty cool sight specially with the binoculars out, you can recognize the solar array, and be musing on it’s height. The speed of thing of the thing is impressive too.

Ah the simple pleasures of living under dark skies.