How the US Knew Iranian Missiles Were Coming Before They Hit

The US has operated an extensive network of missile warning systems for over half a century, but next-generation missiles will put it to the test. 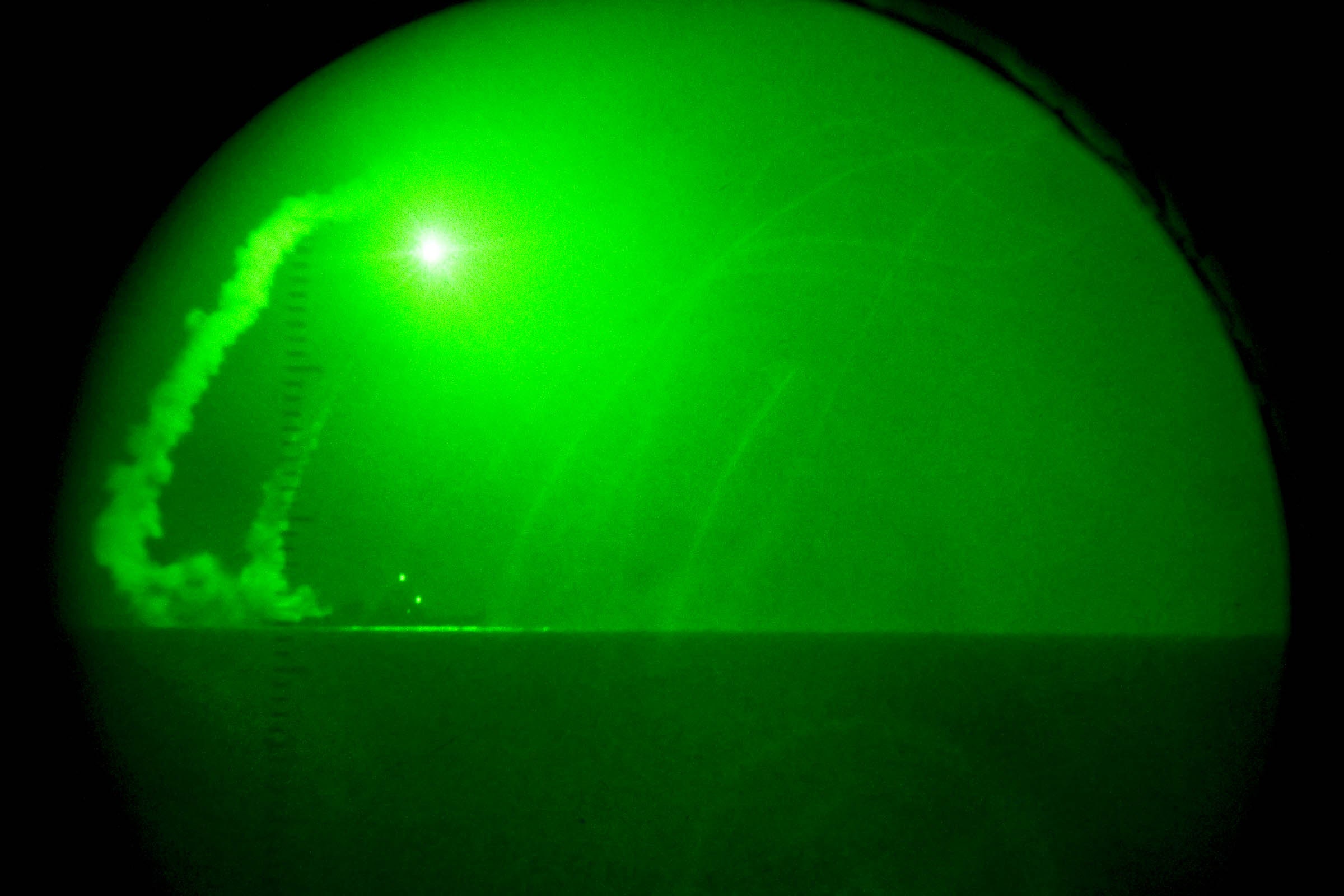 On Tuesday, Iran launched more than a dozen missiles targeting two Iraqi military bases housing American soldiers. The attack was retaliation for the US drone strike that killed Qasem Soleimani, a top-ranking Iranian military general. In a televised speech on Wednesday, President Donald Trump said “minimal damage was sustained” during the attack and that no American or Iraqi lives were lost. Considering that Iran has developed missiles that are accurate to within a few tens of meters, it’s remarkable that all personnel at the base emerged unscathed.

In that story, Riki Ellison, founder and chair of the nonprofit Missile Defense Advocacy Alliance, says
he expects artificial intelligence to play a greater role in America’s missile warning system as the number of threats proliferates. “We’ve got to move faster, we can’t do the old school manual check out,” he says. Indeed, the US military is considering the use of machine learning to accelerate response times."

That caught my attention and I went back and read the link story more closely. Man! I think you could cut and paste an exquisite Intelligence Portfolio on US current status and it’s vulnerability, and sell it legally, as it is public knowledge since the above story was published in the media. Nations that could, someday, conceivably be direct military opponents (Obama forbid) such as Russia, or China, probably already know all of that intelligence info, and thereby know our vulnerability spoken of in the story. And they each, I imagine, have the technology to overcome the vulnerability. (Now I’m thinking, "F#@%! We budgeted all that money to the military, and now a Sree-like character, armed with his personally autographed copy of The Art of War, and any necessary Russian or Chinese, existing, war technologies could shred our mighty Navy! imho)

But might other potential rival nations have the existing technological weapons needed to exploit our vulnerability? Idk, Pakistan? maybe// Iran? probably not quite, but maybe// North Korea? idk

And in the story, it seems that the plan is to increase response time and targeting effectively, as the counter to the vulnerability.

Can you imagine a weapon that can learn to inflict damage with superhuman speed and accuracy? I wouldn’t want to be the soldier responsible for turning it on, and responsible for hitting the shut off if it goes rogue.

So it is a cool story. But I was most surprised by the implications that I gleaned from the story, that our vaunted military could be at least partially gutted by existing, I believe, conventional, Russian or Chinese technology and hardwire. (I know they wouldn’t due to the repurcussions. But that they could… was a surprise to me.)

Can you imagine a weapon that can learn to inflict damage with superhuman speed and accuracy? I wouldn’t want to be the soldier responsible for turning it on, and responsible for hitting the shut off if it goes rogue.

They already have offensive strategies to foil AI defenses. Program your rockets to execute a few in-flight course changes and their warning time shrinks drastically.

Evacuating people when a rocket is launched has no purpose if you don’t know where the rocket is headed. Besides, when a rocket carries a nuclear device, where are you gonna hide?

You can’t hide. We know. The USA uses ground penetrating radar from aircraft and satellites to look 40 feet or more below the Earth’s surface. We use lasers from satellites to map the Earth’s surface to within one-half of an inch in height. We can spot and track submarines from aircraft. We can read a newspaper from a satellite. We record every electronic communication transmitted wirelessly. We have high energy portable lasers. We have gamma ray nukes that can sterilize everything through 100 meters of soil. We have sound wave devices that can kill at significant distances. We have anti-satellite weapons in space; so do the Chinese. Our satellites detected the Iranian missiles that brought down the airliner.

We had at least 10 times more ICBMs (more like 15 times more) than the Soviets. The majority of Soviet missiles were short range, intended for Europe, China and India. If the Soviets had somehow been able to explode every nuke they had over the USA (an impossibility unless we allowed it) there would have been, on average, an explosion over only one in 5 US counties. If such an attack had happened at night many, if not most, people in the US would have awakened the morning unaware of it.

Problem is that the prospect of death does not seem to bother religious zealots.

Write4U: “Problem is that the prospect of death does not seem to bother religious zealots.”

You are correct of course. A true believer will only receive his reward upon death. Christians and Muslims got to that from a common basis in Judaism which doesn’t include it. From the little I know about the other major religions it seems to me that they share the belief.

Ahmadinejad was (is) one of those who believe the Mahdi will return and Islam will dominate the world. They believe things must get to an unbearable state before he will return. It seems Ahmadinejad truly believed he would get many extra rewards if he contributed to making world affairs so horrible that the Mahdi would return, thus his many attempts to stir up hate and conflict. Many in Iran share Ahmadinejad’s views. There are fruits and nuts everywhere, now and throughout history.

The next world war probably won’t be fought with explosive devices. There are just too many chemical and biological weapons out there. They could bring the horror to new levels. We could essentially eliminate world rice production by just releasing rice blast in Louisiana and not treating it. It would spread in the atmosphere. China and the other countries that depend on rice don’t have the resources to fight the disease. No food = game over.

https://en.wikipedia.org/wiki/United_States_herbicidal_warfare_research. And the really bad stuff is classified.