Very true. These individuals make us pay in more ways than one.

At least a few dozen lives were saved by this individual killing the mass shooter. It’s not a great situation but it’s better than what it could have been.

We can’t stop them all, so why stop any of them?

Is this rhetorical? Clearly we have to save innocent lives if we have the ability to do so. We won’t be able to stop all of them, but by that logic should we also stop all cancer treatments because some people will still die?

That is often the underlying call of the gun-nuts when they point out “Laws wouldn’t have stopped this one!”

Clearly we have to save innocent lives if we have the ability to do so.

Gun regulation is how we do that. We won’t do that with more guns though.

should we also stop all cancer treatments because some people will still die?

No. We should have sensible gun regulation because that’s what actually reduces gun deaths.

I guess we have to wait a few years to see the statistics showing an increase in accidental shootings, and officers shot while on duty.

We do have to worry about them, though..
.

I guess we have to wait a few years to see the statistics showing an increase in accidental shootings, and officers shot while on duty.

There is already a statistical increase in gun related injuries or deaths from a variety of causalities.

What the data says about gun deaths in the U.S.

More Americans died of gun-related injuries in 2020 than in any other year on record, according to recently published statistics from the Centers for Disease Control and Prevention (CDC). That included a record number of gun murders, as well as a near-record number of gun suicides. Despite the increase in such fatalities, the rate of gun deaths – a statistic that accounts for the nation’s growing population – remains below the levels of earlier years. 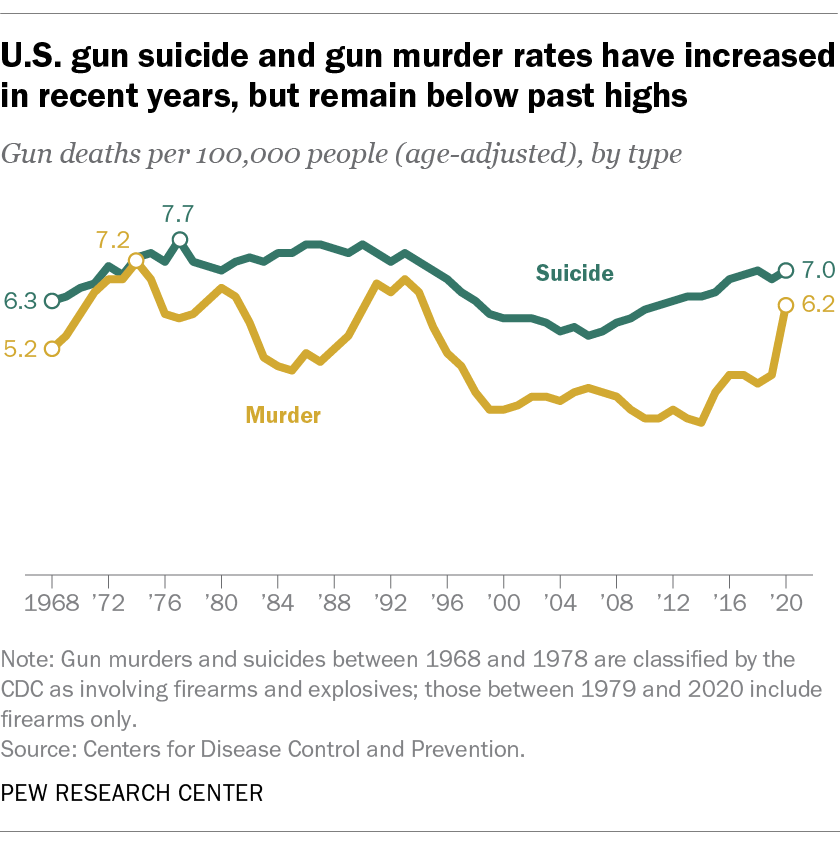 Here’s a closer look at gun deaths in the United States, based on a Pew Research Center analysis of data from the CDC, the FBI and other sources. You can also read key public opinion findings about U.S. gun violence and gun policy in our recent roundup. 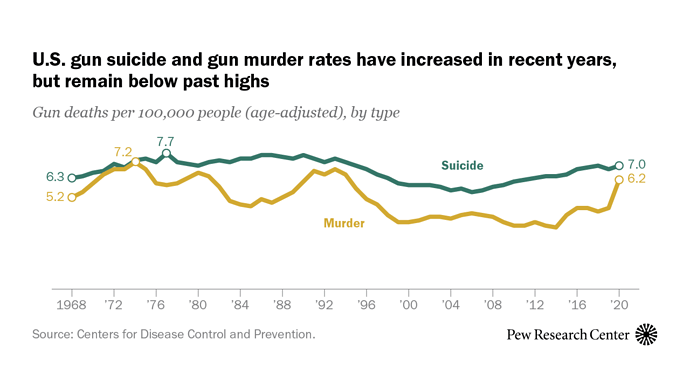 What the data says about gun deaths in the U.S.

While the statistics are still below the worst, they are on the increase and with the current political climate there is a good chance this will keep increasing.

I don’t ever want to play the part
Of a statistic on a government chart.

Unfortunately, when dealing with large numbers statistics are the only useful references to sort and identify large numbers of rare events (LNRE)

btw. LNRE is instrumental in the study of mineral/chemical abiogenesis.
See Robert Hazen ; “Chance , Necessity, and the Origins of Life”.

A defeated Maga candidate, by a wide margin, accuses the Dem of having used fraud, and pays people to shoot on local Dem leaders.

10 deads, 10 hurts, among the Asian community, by Assault riffle.

The insanity goes on. 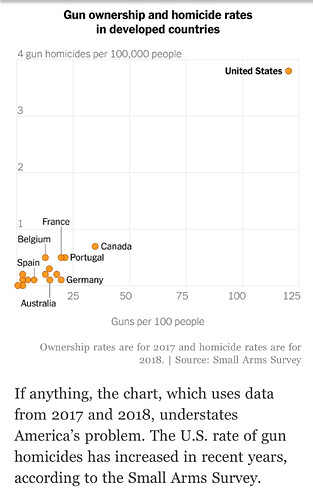